Storyboard for ‘Aunt V’ to be unveiled tomorrow 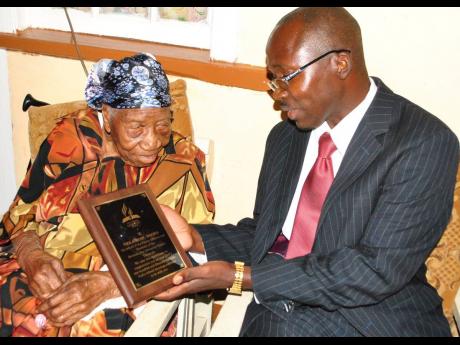 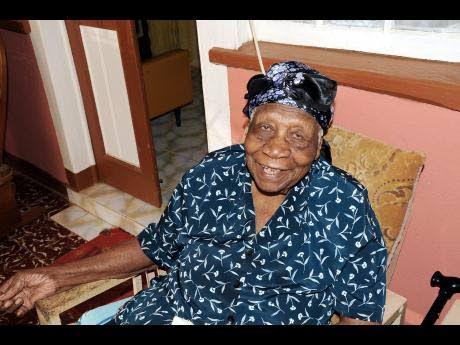 The long-overdue honouring of the late Violet ‘Aunt V’ Moss-Brown, who had the enviable distinction of being the world’s oldest person when she died on September 14, 2017, will begin this Thursday with the unveiling of a storyboard in her home district of Duanvale, Trelawny.

The unveiling of the storyboard, which will outline Aunt V’s longevity that earned her several entries in the Guinness Book of World Records, is the first phase in the culmination of a promise that was made by Minister of Culture Olivia Grange at Moss-Brown’s funeral.

Subsequent to that initial promise, Grange again repeated the promise during a national church service at the William Knibb Baptist Church in 2019, when she said that the storyboard and an appropriate monument to honour the woman who became a local celebrity when she became the world’s oldest woman, will not be an empty promise, but one that will be kept.

At last Thursday’s monthly meeting of the Trelawny Municipal Corporation, Falmouth Mayor Colin Gager said all the preparations are now in place for the mounting of the storyboard.

“A group of municipal officers went to Duanvale to ensure that all was in place for an official event. I am pleased to tell you that come next Thursday, the minister (Grange) will be unveiling a storyboard at the home of our beloved Aunt V. This will form a part of the municipality’s effort to cement her memory,” said Gager.

As it relates to the monument for Aunt V, Gager said that was also on track and the date for its unveiling has also been settled.

“The honouring of Moss-Brown will not end with the storyboard unveiling. A monument will be placed in the district on the occasion of her birthday in March 2022,” said Gager.

The announcement that Aunt V will finally be honoured was welcome news for Reverend Devon Dick, a former president of the Jamaica Baptist Union, the denomination Aunt V was a member of.

“At the funeral service, I delivered the sermon,” said Dick. “There, Minister Grange announced that a monument would be placed in her honour. I am pleased to hear this development. I hope that the board will recognise the contribution she gave as the organist at Trittonville Baptist Church.”

Joy Laech, a friend of Aunt V and frequent visitor to her home, said the news brought tears to her eyes, as the long delay had began to raise doubts as to whether the promise would be kept.

“Tears of joy ran down my cheeks when I heard the news. I have looked forward to this day. Pandemic or not, I will be among those cheering the unveiling,” said Laech.