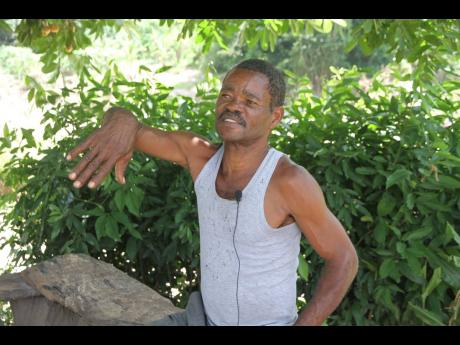 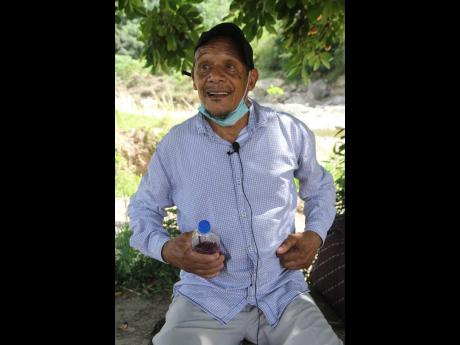 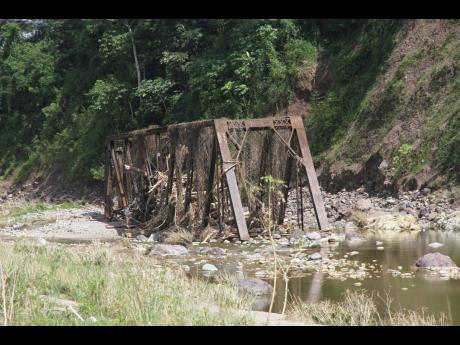 THE COMMUNITY of Dam Head sits between Crooked River and Frankfield, with residents there yearning for attention to be paid to a long-standing problem that has been plaguing them over the years.

While Calvin ‘Chipper’ Campbell has resigned himself to the fact that nothing will change, and residents will just have to ‘do what they have to’ survive the discomfort, Orville Graham is living in hope that the powers that be will smile on their plight and bring about a change.

Graham, who estimates that the community is populated with over 400 persons, said when there is heavy rainfall, life becomes unbearable as the Rio Minho river which separates ‘one side from the other’ often overflow its banks, keeping the two sections divided.

He said the two bridges that used to run across the river have been destroyed as a result of flooding.

The remains of one is now in the river, while the other was destroyed in a 2017 flood.

“When the river come down, no one can cross, anyone try get wash wey, and even weeks after, some part of the river still deep,” he shared.

Graham told The Gleaner that among those who live across the other side of the river are nurses and police, adding that it is a task to make their way to work. “Majority time people a come cross them have to tek off their clothes, even teachers who live there. My house is on this side, but my farm is on that side, if me don’t have someone to help me with the animals in the hill, the animals would die,” he shared on the challenges of having to negotiate his farming activities after heavy rains.

The alternative to getting to the other side, according to Graham, is to “go over Three Miles and go all the way around”.

He said since the damage to the bridge, two elections have been held with no attention paid to their plight.

Graham, who farms on both sides of the river, said he does the majority of his farming on the side that has been affected by the overflowing river.

“Sometime after the rain and you go, you find goat all dead inn di bush because you caan get fi move dem, and cow wash wey and all dem something. Is a devastating thing, you haffi look pon you loss,” he shared, as he points out that he, like other farmers in the area, lost thousands of dollars without any form of compensation.

Graham used the opportunity to plead for a new bridge so that farmers can carry their produce out on the road, whether it rains hard or not. “Majority of the things stay there and spoil when rain come, we need a bridge,” is his plea.

The Gleaner reached out to Stephen Shaw of the National Works Agency regarding the situation, but up to press time there was no response.