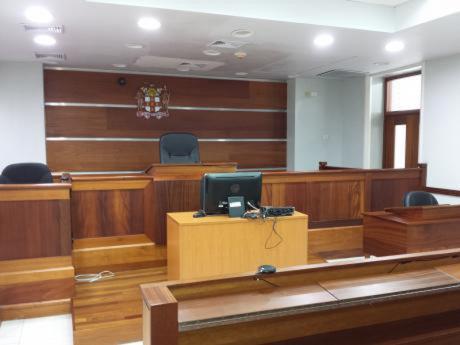 Murder accounts for the bulk of the matters set for this court term, which includes 33 new cases, followed by sexual offences with 322 cases - File photo.

A total of 593 murder cases are among 1,089 criminal matters scheduled to be heard in the Michaelmas Term of the Home Circuit Court in Kingston, which runs from September to December.

However, of the overall total cases to be heard, 1,005 of the matters were transferred from the previous Easter Term, which ended in July.

Murder accounts for the bulk of the matters set for this term, which includes 33 new cases, followed by sexual offences with 322 cases.

Of that number, 270 cases were brought over from the previous term, which had rape cases as the highest sex offence with 160 cases, followed by 71 cases of sexual intercourse with a person under 16 and 18 cases of buggery.

Among the 43 new sex cases, rape also leads the charge with 23 matters, followed by 12 cases of sexual intercourse with a person, and six cases of grievous sex assault.

Statistics collated by the Office of the Director of Public Prosecution show that the Easter Term opened with 1,060 cases, of which 103 were disposed of including 48 which are on the sentencing list.