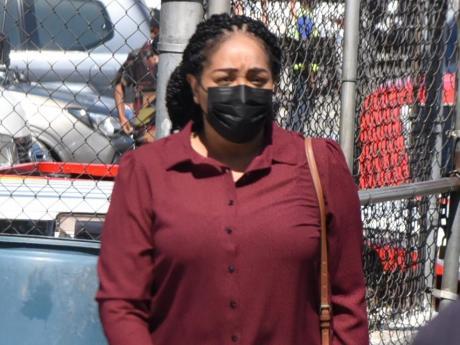 Gordon is currently serving seven years and nine months in prison for robbing the bank of $34 million.

Gordon is currently serving seven years and nine months in prison for robbing the bank of $34 million.

State entity, the Asset Recovery Agency, is seeking to recoup her ill-gotten assets.

When the matter was called up for mention in the Home Circuit Court today, the court was told that the investigation is still ongoing and that the agency needs more time.

The court was further informed that the statement of information will be served on the defendant and NCB by March 21 next year and that the parties will be given until April 29 to file their responses.

And the agency will file any further responses by May 30.

Gordon, who is being represented by attorney Michelle Thomas, appeared in hearing via Zoom.

The former bank executive, who had worked for NCB for 30 years, was arrested last June after the bank received intelligence that she had been conducting fraudulent transactions.

Based on subsequent investigations, it was discovered that she transferred money from the bank's internal system to her personal accounts and also to her family members as well as to accounts belonging to customers.

Gordon had used the funds to purchase items including clothing, handbags and to fund construction work on her Coolwater Avenue, Havendale premises in St Andrew.

However, when confronted about the embezzlement, Gordon told investigators that she took the money to assist a relative who had cancer and also because she was going through financial difficulties after she started building her home in 2017.

At the time of the offence, she was earning $11.1 million per year.