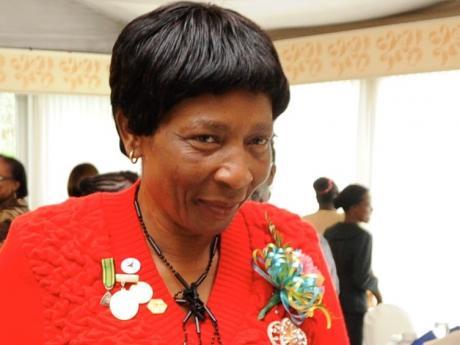 Allwood-Anderson...The feisty, small-framed, be-wigged chief spokeswoman for the island's nurses was as tough as nails when it came to negotiations for improved salaries and benefits for her colleagues.

An advocate and a nurse with an indomitable spirit.

That is how the late former president of the Nurses Association of Jamaica (NAJ), Edith Allwood-Anderson, is being remembered.

She died Thursday afternoon at the Kingston Public Hospital.

She was well known for her aggressive advocacy for nurses, especially when it concerned their wages and working conditions.

NAJ first vice-president, Carmen Brissett, told The Gleaner that the association is saddened by her passing.

In reflecting on her years of service to the public sector and the association, Brissett said, “she took advocacy to a different level”.

“I don't know that we will see someone like her again in the association, but I do know that she will never be forgotten. She has written her name in the halls of the association by her work and worth,” she said.

Brissett added that Allwood-Anderson was knowledgeable about processes, nursing and was a resource person for several personnel.

In the last few weeks, the profession has been shaken by the death of nurses from COVID-19.

“I think Edith's passing will really rock the association in a different way and a lot of people will miss her. Her passing closes an era in nursing,” she said.

On ending her eight-year tenure at the helm of the nurses union, Allwood-Anderson pledged to continue fighting for the betterment of nurses.

“I want to let you know that I will now be able to lobby the public; but my work has now expanded into individual evangelism and it won't be nurses standing out at [Ministry of] Labour, [Ministry of] Finance, it will be people calling for good health care, compassionate health care, delivery bags, more pay for nurses. Jamaican public watch me!” she had said in October 2010.

In 2007, she was conferred with the Order of Distinction (Officer Class) for her contribution to the nursing profession.