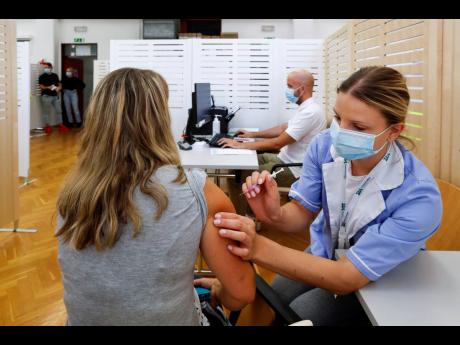 AP
Slovenia has introduced a mandatory anti-COVID vaccination for all civil service employees, further tightening anti-coronavirus measures that have triggered a major riot in the small Alpine state.

Slovenia’s government said on Friday that it would immediately start with compulsory COVID-19 vaccination for all government employees, stepping up antivirus measures that had already sparked a major riot in the small Alpine state.

All government workers will need to receive one shot by October 1 and a second a month later, unless they get the single-dose Johnson & Johnson vaccine.

PCR tests will no longer be accepted to gain entry into government-funded workplaces, including state-run hospitals.

Earlier this week, the government introduced the compulsory display of COVID-19 passes proving vaccination or a negative PCR result in order to access private places of work as well as hospitals, gas stations, shopping malls, restaurants and other public places.

That measure spawned major street riots in the capital, Ljubljana, on Wednesday.

Slovenian health officials said that the COVID-19 pass measure has raised public interest in vaccination amid a significant upsurge in new infections.

Nearly half of the European Union member country’s two million population has so far been fully vaccinated, well below the bloc average.