Putting Effort on the map 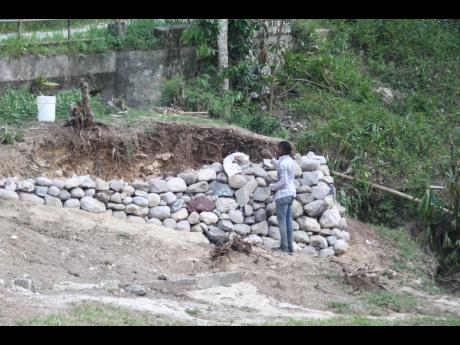 Nathaniel Stewart
Desmond Faulknor of Effort in Clarendon, is putting in the ‘effort’ to make his community look good. 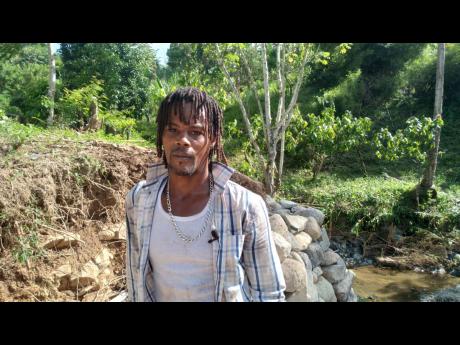 When it comes to taking pride in his community, Desmond Faulknor is like no other. In fact, he doesn’t follow the crowd once he sets his mind to carrying out improvement work. He doesn’t even get discouraged if help isn’t available.

The Gleaner, while driving through the community of Effort in Clarendon recently, heard music blaring and saw a few residents rocking to the beat while watching Faulknor singlehandedly making a stone wall on the banks of the Effort River.

Faulknor, who spoke with The Gleaner team, said in the heavy rains from Hurricane Ida a few weeks ago, his earlier efforts were all washed away, but that isn’t preventing him from trying once more.

He said he has learned a lesson from the wall being washed away, one he will now apply to the new wall he is erecting.

“A start over again trying to make it stronger and better, because the rain kinda open mi eyes as to where and how far the river can come, so mi a build it now to prevent that,” he shared.

Commenting on tackling the project by himself, Faulknor said he doesn’t mind – although he said from time to time, he gets a little help from a few friends, as well as his son.

“I like being in the river also. I just want to know that the riverside stay like how a want it to be, so that’s why we a develop it to entertain passersby same way,” he said, pointing out that his ultimate goal is that his effort will see the riverside becoming a main source of entertainment for the community, which he doesn’t mind investing a lot of effort in.

“I want to attract progressive people in the area and to make it a place to hang out,” he shared.

Effort, located in North West Clarendon, has very few activities and most of the residents depend on farming.