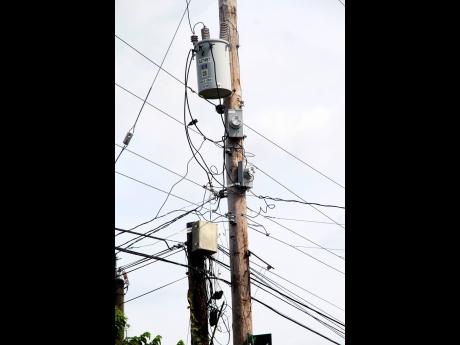 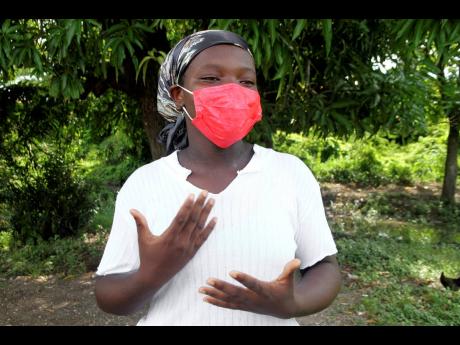 Nathaniel Stewart
Shamoya Thomas, a lower sixth-form student of Glenmuir High School, speaks of her challenges with the constant power outages which make it difficult to access online learning.
1
2

Residents of Longwood district in Race Course, Clarendon, are lamenting that they have been dealt a raw deal by light and power company Jamaica Public Service (JPS).

The residents told The Gleaner that they have been experiencing extensive daily power outages since May.

According to the residents, they are without electricity for up to 10 hours every day except Sundays. One resident, Jacinth Knight, told The Gleaner she was informed by representatives of the company that the outages were due to an overload on the system.

“They say it’s an overload, but that’s not true because on a Sunday everybody is home and we have electricity and during the week it’s gone, so I don’t think they are telling us the truth,” Knight argued.

The residents bemoan that students have been forced out of school since classes resumed virtually on September 6, and several livelihoods disrupted.

“Every day we are experiencing power outages and when the power is gone kids don’t have school for the day. People here work from home and they have to stop working because of the power outage,” said Knight, who argued that no redress has been forthcoming despite multiple reports made to JPS.

“We’re in a pandemic now, what if persons here are using ventilators? When the power is gone you know what that can cause. We’re tired of it. It’s been too long now,” Knight lamented.

Sixth-form student Shamoya Thomas is worried that she will be left behind when her classes resume on October 4.

“School is about to start and the current a go weh and it’s between certain hours, so as citizens we are concerned that a set JPS a set we up. Children are the future and if this is the state we’re in, we could never be the future because we are not going to learn,” said Thomas.

Velean Holness told The Gleaner that the power outage has caused her to sleep outdoor many nights. “In this weather it’s very humid and you get frustrated and your clothes is soaking wet. There are nights I have to sleep on my verandah upstairs, and my light bill is over $30,000 to 40 something thousand. I don’t mind paying the bill, but I need the power on,” she said. Holness said the situation has caused her meat and other grocery items to go bad. “It’s really bad and it’s not fair for people who are paying light bill,” said Holness.

Shopkeeper Dawn Wright is also bemoaning several losses to her 20-year-old business. She said the power outage has disrupted her services, causing her to cease sale of certain items. “I used to sell patty and I have to stop. Sometimes even the drinks spoil, me a fe throw them weh. Somebody buy a beer from me and say it spoil,” she said.

Despite being without electricity for hours per day, Wright says she is yet to see a decline in her monthly bill. “Every single day current go and it’s unacceptable for us to be paying light bill and we not getting any service, and it’s not like when the bill come it’s a little less – it’s the same or more,” she contended.

Another resident, Maxine Edwards, said she was hoping the issue would be rectified before the school year began.

“We have written to them and the only thing they say is ‘Sorry for the inconvenience.’ They say they’re working on it but it’s not getting any better – same end results,” added Edwards.

Winsome Callum, JPS’s director of corporate communications and customer experience, said she could not immediately comment on the matter before consulting with the technical team.