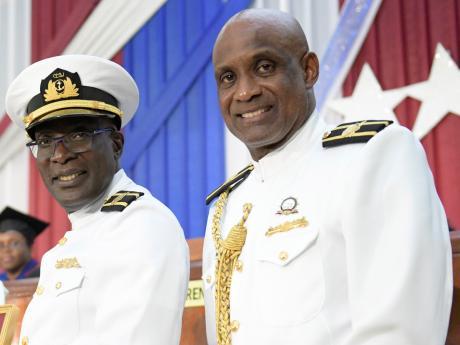 Ruel Reid (left) and Fritz Pinnock are now before the court in a multimillion-dollar fraud case.

Williams told The Gleaner during today's post-Cabinet press briefing that the ministry is still awaiting a response.

“So of course considering the sensitive nature of those issues we would have sought legal advice as to exactly what is the direction; what should we do? At this moment we still await the conclusion of that and so we would not have anything additional to report this morning,” said Williams.

The Gleaner reported that Reid and Pinnock, the putative heads of Jamaica College and Caribbean Maritime University respectively, who have gone on leave since 2019, are being paid more than $11 million annually.

The two were criminally charged in 2019.

Interim leaders at both institutions are also receiving salaries.