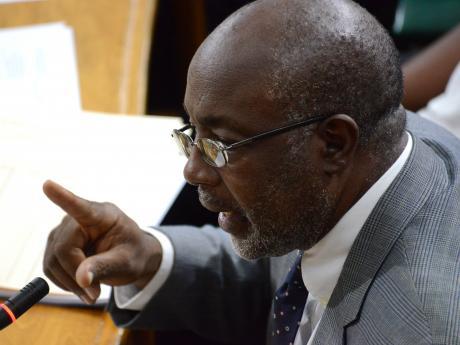 Fitz Jackson has indicated that the Opposition will be laying out its own proposals on the Portmore parish status by next week - File photo.

The parliamentary Opposition has rejected the draft report of the joint select committee of Parliament which has been tasked with coming up with proposals to make Portmore Jamaica's 15th parish.

At Tuesday's sitting, lead opposition member Fitz Jackson put the committee on notice that the opposition will be laying out its own proposals opposing the process by next week.

He chided government members for convening a sitting of the joint select committee two weeks ago to approve the draft report when parliament was on summer recess.

At that sitting, the committee voted to accept the proposals from stakeholders, government technocrats and agencies compiled in a draft report without the participation of opposition members, most of whom were absent.

According to Jackson, the action goes against the rules of the House of Representatives.

He further argued that by way of his own experience in parliament over the years, when the parliament goes on recess there is a stop to all parliamentary engagements and matters automatically until the House is reconvened.

"For some miraculous reason committee members were asked to break from their summer recess to attend a sitting, so yes I have a problem with that, and I was absent because I didn't plan to be here for this reason," he said.

Jackson has opposed the move to designate parish status to Portmore from the outset, arguing that the decision must be left to residents who were responsible for the establishment of the municipality.

"The decision to vote on the proposals before deliberations by the full committee on the recommendations from the stakeholders and technical staff of the various ministries were done goes against longstanding parliamentary practices and procedures," Jackson argued.

He insisted that a grave error was made that should be corrected.

"This motion that was approved in the last meeting ravaged this process, and in fact, put the cart before the horse," Jackson stated.

A decision was then taken for the committee to examine the report and make the necessary amendments.