Our mom did not die from COVID! 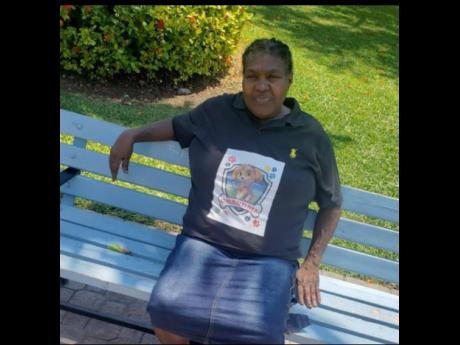 Joan Robinson, who died at the May Pen Hospital in Clarendon on September 7.

A Clarendon family is furious over allegations that their relative died after being deprived of oxygen at the May Pen Hospital in Clarendon, where she was admitted on September 6.

“Shericka, yuh mother a guh dead,” said Robinson. Cameron said the words are etched in her mind, and they tell the grim story of the alleged poor treatment her mother endured while at the health facility. The family told The Gleaner that doctors had ruled that Robinson died from COVID-19, a diagnosis they strongly refute, stating that Robinson had tested negative for the respiratory illness hours before at a private facility.

Speaking of the heartbreaking phone call, Cameron said, “Mi feel like supm lef mi body when mi hear mi mother voice a seh shi a go dead. When I left [the hospital], she was quite fine, breathing okay, talking properly and everything. Tuesday morning she called me and said I should come because shi a go dead. So I asked her, ‘Weh yuh mean by yuh a guh dead?’ She say she nuh get no oxygen, she nuh get nutten and nobody nuh look pon har.”

According to Cameron, when she got to the hospital she saw her mother in a “depressing state”, and no one responded to her cries for help for her mother. Moments before Robinson died, she related that her oxygen had run out and she was not given any refills, and that help from doctors and nurses were not forthcoming amid her cries.

“There was nothing coming from the oxygen mask over me mother face. She tell me say from the night she nah get no oxygen. Me go there and see say she was not getting any oxygen, and all me di deh a run up and down an bawl, nobody came. Me, me sister and me nephew watch me mother dead,” she told The Gleaner.

Cameron said she cannot fathom a future without her mother who was her best friend.

“Right now me feel like part a me life gone. Everything me do me share with har. Me really feel a way fe see how them a deal with poor people in the hospital. Me watch me mother dead and if them did come and stand up round har and she dead, I would feel much better,” Cameron told The Gleaner.

“They’re saying that my mother had COVID, which is not true because we did a test at the doctor’s office and she didn’t have COVID,” said Cameron.

“Carelessness let a lot of people die at the hospital. They are blaming COVID for a lot of deaths and nutten nuh go so. The people them nah dead from COVID. The prime minster need to do a background check on this,” she contended.

Thomas said a doctor’s response to their queries about whether the family should get tested for the virus confirmed their view that their mother did not die from COVID-19.

“He said, ‘Oh, no. You don’t have to do a test. Just wear your mask and isolate’. Me shake me head and me say, ‘Me and you know say Mommy nuh dead from COVID, and me nuh want unuh tell me say me mother dead from COVID’,” she said.

“My mommy had a heart problem and wanted oxygen and them tek the oxygen from har and mek me mother dead. It really painful fi know you leave you loved one at the hospital and think say she would a really get help an nuh get it,” she lamented.

“She dead under bad care a hospital ‘cause every time you go up there a COVID kill yuh, and if a COVID she have, why them nuh come to the house come take some test from who around har? Me know my pickney don’t dead by COVID,” Gregg said.

Gregg said she shared a close relationship with her only daughter. “Me daughter pass on just like that true bad handling. It better if a me did gone lef Joan, but instead a Joan come bury me, a me a bury me pickney,” bemoaned the grieving mother.

Responding to the family’s claims, the hospital’s acting chief executive officer, Eugena Clarke-James, said no patient has ever been deprived of oxygen at the facility, whether due to shortage or otherwise. She added, “We monitor our oxygen every two hours and we have never, ever been in that situation.” Clarke-James said, however, that a probe into the family’s allegations will be carried out by the director of nursing services.