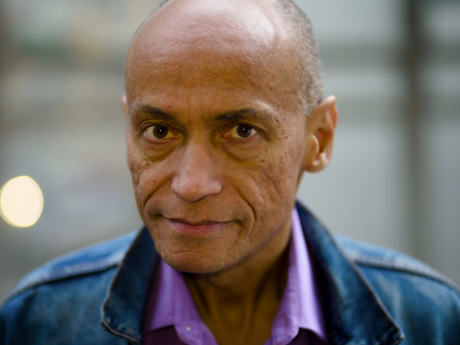 Mills' most well-known work is his book The Racial Contract for which he was recently awarded the Benjamin E. Lippincott Award - Contributed photo.

He passed away on September 20 at age 70 following his battle with cancer.

Mills, who was born in England, was the son of Jamaican public servant Gladstone Mills.

He later taught physics at what is now the University of Technology, Jamaica and later at Campion College.

Mills was known for his work on social and political philosophy, particularly on oppositional political theory centred on class, gender and race.

His most well-known work is his book The Racial Contract for which he was recently awarded the Benjamin E. Lippincott Award.

Professor Mills joined the Graduate Center of The City University of New York  (CUNY) in 2016.

“He was indeed very distinguished, and this recent award shows you the kind of importance his work had,” said Professor Nickolas Pappas, executive officer of the Ph.D. Program in Philosophy at CUNY.

In a tribute to Mills, fellow philosopher Liam Kofi Bright, an assistant professor at the London School of Economics and Political Science, wrote, “No survey of black political thought would be complete without him.”

More than 20 years after its publication, the Racial Contract remains a seminal philosophy text.

He wrote a total of six books and also wrote over 100 journal articles, chapters, and commentaries.

He was honoured within his field in many ways, including his election as president of the Central Division of the American Philosophical Association.

He was selected to give the association's John Dewey Lectureship, was named a fellow of the American Academy of Arts and Sciences, and was chosen to give the 2020 Tanner Lecture on Human Values at the University of Michigan.

“I could go on about his good personal qualities. I always liked making him laugh because he so enjoyed laughing at other people's jokes. In his case, you didn't have to choose between the important work and the impressive character.”