October 13 to be celebrated as National Alumni Day 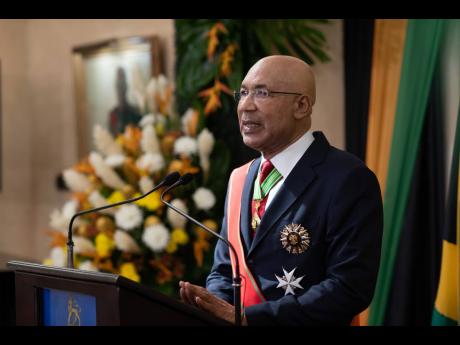 GIVEN THE important roles being played by past students to their alma maters, Governor General Sir Patrick Allen has proclaimed the second Wednesday of October, annually, as National Alumni Day.

The proclamation by the governor general was heralded by the Jamaica Alumni Association of High Schools (JAAHS), as a seminal achievement that is expected to be a catalyst to the efforts of past students globally to improve the lot of students passing through their educational institutions.

The inaugural National Alumni Day will be celebrated on October 13, a day before the fourth anniversary of the founding of JAAHS on October 14, 2017, and will see former chairman and CEO of GraceKennedy Limited, Douglas Orane, delivering the keynote address at annual the commemoration.

In the National Alumina Day official declaration, Sir Patrick said alumni have had a considerable impact by inspiring hope among students through their participation in mentorship and other development programmes in schools.

“And whereas alumni and alumni associations through their benevolence and fundraising activities are responsible for amassing the substantial resources that have led to the significant infrastructural and aesthetic development within schools,” Sir Patrick declared in the August 12 proclamation.

According to him, alumni and their respective umbrella associations spread across the Jamaican diaspora are responsible for providing invaluable financial and social support to students and educators locally.

Carla Myrie, president of JAAHS, says while her association initiated the move towards securing the declaration of National Alumni Day, the intention is to extend it across the various levels of the educational spectrum from pre-primary to post-tertiary.

She explains that the idea of the annual commemoration was mooted at the start of the COVID-19 pandemic in a meeting of JAAHS executives in March 2020, and has subsequently received the full backing of the Ministry of Education, Youth and Information.

“This is a big thing for us,” Myrie said. “We were established for that very reason; to advocate for all high school alumni associations, and this will make a huge difference in recognising the efforts of all our past students serving their alma maters over the years.”

She also revealed that this significant development has been shared with other umbrella alumni groups, operating on behalf of Jamaican schools in the United States and Canada, who welcome the announcement and will be sharing with JAAHS their plans to celebrate the milestone.