UWI climbs to top 1.5 per cent in university rankings 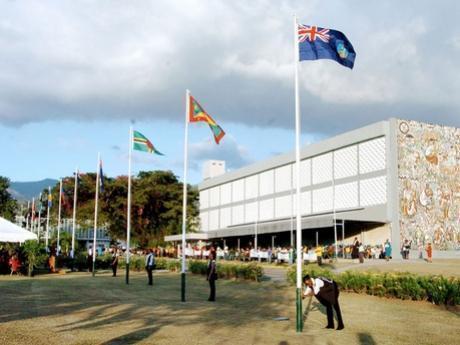 The new ranking for the institution is an improvement over the prior standing of being in the top 3 per cent in 2020 - File photo.

The University of the West Indies (The UWI) has climbed into the top 1.5 per cent of first-class universities and research institutions, as depicted by the Times Higher Education (THE) World University Rankings.

This is better than its prior standing of being in the top 3 per cent in 2020.

The results of the yearly world ranking system, which was revealed on September 2, took into account approximately 30,000 universities around the world and indicated The UWI's steady growth in performance achievements.

“By any metric, this is an outstanding performance, especially during a time where the management of all institutions are challenged by the vicissitudes of the global pandemic [which] has tested the mettle of leadership at all levels... but The UWI did not cave, instead it dug deep...and unleashed onto the global stage a magnificent performance,” said Pro-Vice Chancellor, Professor Densil Williams at the media briefing on Thursday.

Williams added that the leadership at all levels of the institution must be acknowledged for their extraordinary performance.

He stated that the university has utilised a variety of decision-making strategies, incorporated with teamwork, and other collaborative efforts to get through last year's challenging times, which were accentuated by the COVID-19 pandemic.

The THE World University Rankings, established in 2004, is known to publish reliable statistics on university performance.

The objective of the ranking system is to evaluate university performance on a global basis through assessing universities based on five pillars of excellence: teaching and learning, research (volume, income, and reputation), citations (research influence), industry income (knowledge transfer), and international outlook (staff, students and research).

Williams noted that The UWI fell down in two areas with the ranking flagging the institution for insufficient private sector investment in research and volatility in government funding, which it said has raised cause for concern in the university's financial sustainability, warranting the immediate need for rectification and improvement.

“The major threat to our ranking as I see it is the financial support from our major partners,” Williams said.

He said the university intends to take a more aggressive focus on this issue and appealed to all stakeholders to invest in the institution.

Williams added that the university will continue to create international reputable research that will to contribute in the transformation of societies.

For his part, Vice-Chancellor Sir Hilary Beckles stated that the university continues to soar and make tremendous leaps.

Currently, only 1,668 universities from 99 countries met the eligibility requirements for ranking.