... although agency believes company can do more to prevent Rio Cobre pollution 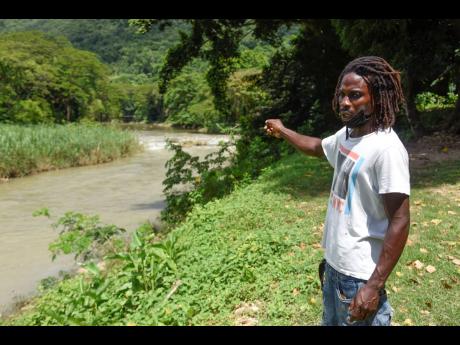 Nicholas Nunes/Photographer
Fisherman Daniel Gayle lamenting the impact the contamination of the Rio Cobre in St Catherine was having on the livelihoods of residents of Kent Village. 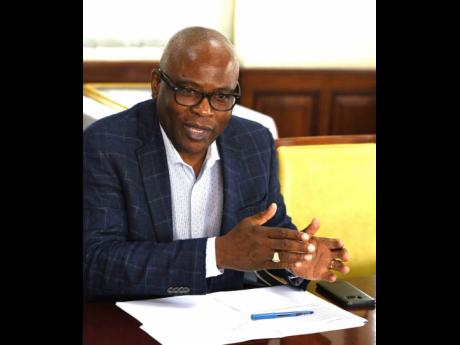 Despite concluding that Windalco can take greater steps to reduce the likelihood of effluent discharges in the Rio Cobre, the state’s environmental watchdog says that in spite of committing multiple infractions, stronger action such as a revocation of the company’s licence is not on the cards.

The National Environment and Planning Agency (NEPA) confirmed to The Sunday Gleaner that the Rusal-owned Windalco – West Indies Alumina Company – has been the “only entity” found to have repeatedly polluted the Rio Cobre resulting in fish kills, with four such strikes beside its name in the last decade.

“Other punitive measures have [been] and continue to be employed by the agency, which will result in a more effective and sustainable outcome,” NEPA told The Sunday Gleaner last week as it admitted that “Windalco can do better” to prevent effluent spills from its holding pond.

The agency is, however, set to levy a “substantial environmental performance bond” on the company, The Sunday Gleaner was told.

Since January 2011, at least 14 fish kills have been recorded St Catherine, with seven occurring in the Rio Cobre, including the four NEPA has tagged to Windalco in July 2011, July 2018, October 2019, and more recently, in August this year.

High turbidity, elevated storm water conditions and an “unknown” factor were to blame in the initial other three cases, the environmental agency said.

In August, residents in Kent Village in the Bog Walk gorge awoke to numerous dead fish and a white frothy substance floating on atop the water when a day’s worth of effluent was released into the river from the alumina company.

Over they years, the fish kills have greatly impacted residents of the area who depend on the river to sustain their livelihoods.

Fisherman Daniel Gayle told our news team in August that like his colleagues, he had suffered significant financial and social fallouts each time disaster strikes.

“It’s the river we live off on a daily basis. We don’t have another choice, so we unemployed right now,” he said while being out of work due to the polluted state of one of the island’s longest rivers. “... We need someone to come and do something for us right now.”

But despite admitting to a spill from an effluent pond at its Ewarton, St Catherine-based operation and embarking on measures “to minimise and control the discharge to the environment”, Windalco denied liability for the August fish kill, saying it was “confident that the spillage did not have any deleterious impact on the environment”.

The company said that it has always been mindful of the need to protect the environment and remained willing to implement any further directives or recommendations by NEPA.

However, last week, the agency told The Sunday Gleaner: “It is not NEPA’s view that Windalco has done all within its power to prevent these fish kills. We are of the view that engineered measures can be put in place to minimise the occurrences of effluent discharge to the Rio Cobre.”

NEPA’s power to sanction entities for environmental breaches are laid out under two main pieces of legislation – the Natural Resources Conservation Authority (NRCA) Act and the Wild Life Protection Act (WLPA). The maximum fine under the NRCA Act is $50,000 and the agency may pursue court action against entities under the WLPA, where the maximum fine is $100,000. The agency said that it has commenced a process to have the fines increased.

For its four breaches over the last 10 years, Windalco was prosecuted in the first instance, with the company paying “a substantial [undisclosed] sum”. The second breach saw an enforcement notice issued by NEPA, but no fine levied against the company. The third and fourth occurrences have been subject to court action with enforcements notices also served.

The 2019 matter is now at case management at the St Catherine Parish Court, and is set to return for deliberation in October, with the agency also moving to take court action against the aluminium company in this most recent matter.

NEPA CEO Peter Knight told The Sunday Gleaner that since the incident last month, the agency has instructed Windalco to construct additional holding ponds for its “high-strength caustic effluent” that spills into the river during periods of heavy rains.

All overflows that led to fish kills in the Rio Cobre were of this high-strength caustic liquid, NEPA said, noting that the level of damage to the environment is dependent on the amount of dilution of the effluent by the rainfall in such cases.

“If it’s raining heavily and the rivers are in spate and there is an overflow, the impact will be less,” the agency said.

“The challenge that they have is that they have one effluent holding pond of a certain capacity, but when it rains and we have a deluge, that pond runs over. It cannot contain the volume of flows that is coming into the pond, so it overflows and it gets into the waterway,” Knight said.

“We now have an application in house that we looking at and we are going to try to be as efficient as possible with that because they are responding to our instructions,” he said. “The timelines are going to be important for the additional ponds [to be constructed].”

Windalco did not respond to Sunday Gleaner queries as our news team sought to, among other things, get its assessment of current operations and the likelihood of future fish kills. Instead, it noted the current matters before the court, adding that it continues to rely on the expertise of the regulatory body.

NEPA is also “changing the regulatory framework” that governs its monitoring of environment impacts, Knight said, but declined to give details of the impending changes.

Overall, 60 fish kills were recorded by the agency islandwide in the last 10 years.

“Thirty-four per cent are related to the Kingston Harbour. Fish kills have [also] been recorded in other areas, including the Cabarita River, Westmoreland; Black River in St Elizabeth; [and] Outram River in St Mary,” the agency said.

Some of these fish kills were also linked to effluent released from sugar companies, it added.

Jamaica’s global and regional image is also being impacted by its treatment of the environment as the country is signatory to several treaties and conventions on the environment and climate change. Environmental breaches may also thwart the country’s achievement of the United Nations Sustainable Development Goals 3, 6 and 14.

The country is ranked at 66 out of 180 countries on the Environmental Performance Index (EPI) for 2020, with a score of 48.2. Specifically, the Jamaica’s rank on Environmental Health stands at 83, with air quality ranked at 73; sanitation and drinking water, 86; waste water management, 86; and a rank of 60 for pollution emission under the category of Ecosystem Viability.

Regionally, Jamaica is ranked 13th behind countries such as Antigua and Barbuda, Cuba and St Vincent and the Grenadines, but ahead of Trinidad and Tobago on the EPI.

The EPI ranks 180 countries on environmental health and ecosystem vitality and provides a data-driven summary of the state of sustainability around the world using 32 performance indicators across 11 issue categories. The rankings indicate which countries are best at addressing environmental challenges.

Jamaica Environment Trust CEO Theresa Rodriguez-Moodie thinks Windalco’s impact on the environment would be more seriously policed “if they were in any other jurisdiction that has stricter environmental laws”.