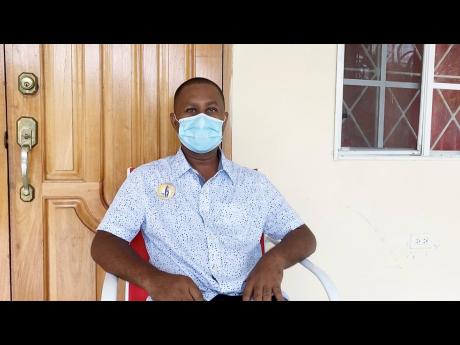 Photo by Ainsworth Morris
Annif Pulchan: “I turned it down to half the way so the oxygen would last me up to 20 hours.” 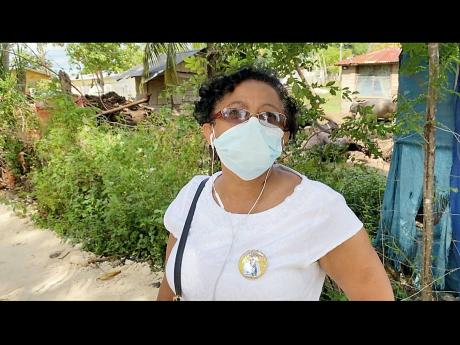 Photo by Ainsworth Morris
Veronica Pulchan: “I feel so good he survived because his friends did not make it.” 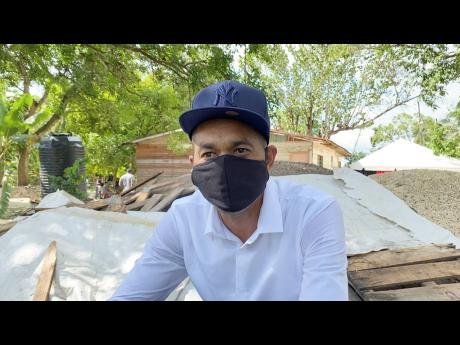 When Westmoreland was in the throes of a coronavirus spike in August, Annif Pulchan was counted among the numbers.

But also stricken with the disease were his grandfather Leslie Morris, stepgrandmother Ivy Morris, and two close friends and neighbours, Lisa Samuels and Mark Tardiel, who he said all died that month while admitted to Savanna-la-Mar Hospital.

Pulchan was the best man at Tardiel’s wedding years ago.

Now, Pulchan counts himself as fortunate to have survived.

In a recent interview with The Gleaner at his home in Petersfield, Westmoreland, Pulchan explained how he managed his oxygen supply amid an acute gas shortage at public hospitals and a spiralling wave of death.

“I realised that when they put me on the big tank, it lasted like 12 or 10 hours, and when I heard that the oxygen was getting short, the oxygen was low in the hospital, I turned down my oxygen myself to about four ... it was at eight,” said Pulchan, adding that he would turn off the tank when he went to the restroom.

“I turned it down to half the way so the oxygen would last me up to 20 hours.”

Pulchan recalled the early signs of the coronavirus infection. He started having a cold on August 12, and that gradually worsened into pain in the joints, back, neck, and ankles.

While isolating after testing positive, he underwent a course of home remedies – ginger tea, garlic, turmeric, orange peel, lime, onion, eucalyptus oil. Those interventions worked for a while but soon, searing headaches started to set in.

A week later, as his cough worsened, he was admitted to Savanna-la-Mar Hospital. He was stunned as he entered a room full of people with no seat for him. He had to go outside for a wheelchair.

“I was about the 10th person in that room or ninth ... and everyone was on oxygen,” he said.

Pulchan, who is not vaccinated, said that none of the men with COVID-19 who were in the room with him had received their jab. The men all said their girlfriends had received at least one dose of the vaccine.

“My girlfriend, she got one shot of the Pfizer vaccine, and she only had a little mild symptom, and we both live together, sleep in the same bed, and eat out of the same pot, and she was not admitted in the hospital,” he disclosed.

“The nurses and the doctors were very limited, but they did well. I have to give them thanks. The nurses were so nice.

“I remember this particular nurse ... she was there all night. She was working. She came and checked my vitals twice for the night. She checked everybody inna di room. That nurse didn’t sleep,” he added.

Pulchan has become a vaccine ambassador and is urging Jamaicans to queue up fast.

His mother, Veronica Pulchan, said she is happy he survived.

“I feel so good he survived because his friends did not make it; his best friends, who are brother and sister,” Mrs Pulchan, who is vaccinated and a home health aide in New York, told The Gleaner.

She said she was not surprised when her father died from the virus.

Pulchan’s brother, Richard, is also happy that he has recovered as well.

“Mi just lose mi son three weeks before that, so mi did kinda scared fi lose a bredda who is so close to me ... . Family really couldn’t tek no more, so we glad him escape da one deh,” Richard said.

Approximately 7.7 per cent of the Jamaican population has been fully vaccinated. The country is targeting full vaccination of 1.9 million people by March 2022.