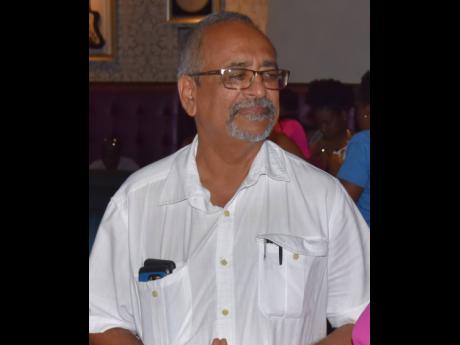 Dr Delroy Fray, clinical coordinator for the Western Regional Health Authority (WRHA), says the claim that some persons who die from other causes are being incorrectly labelled as COVID-19-related deaths is not true, and that to do so would not only be unethical but possibly criminal.

Responding to complaints by the relatives of some deceased persons, who are convinced that their relatives were COVID-19-free at the times of their deaths, Fray said all patients are tested for the virus so that the health authority would have a clear picture of their health status.

“Everybody who gets admitted gets a COVID test, and for some of them, it is the first time they know they are COVID-positive. But you see that thing called denial, we have a lot of problems with publicity in terms of people’s denial,” Fray told The Gleaner in an interview on Monday.

Fray said when contact is made with relatives to come and discuss the health status of a patient, they rarely show up; but at the time of death, they are usually the ones showing up to raised all types of concerns.

“You say, ‘Look here, come, the doctor wants to talk to you’, and nobody turns up, and every number they leave with us gets called six or seven times and you cannot get them,” said Fray. “But as soon as the patient dies, it is a different argument and they formulate all sorts of things.”

“To say a person died from COVID when they did not have COVID is one of the biggest rumours anybody could ever create. If that were to happen, it would not even be an issue of ethics, as the affected persons would have all rights to take legal action. But I know we have never had anything like that happening,” added.

Fray’s comments run counter to allegations recently made by two families who are contending that their relatives were declared as having COVID after their deaths, despite showing no symptoms and initially being admitted for other illnesses.

No proof of COVID

Annette Brown (not her real name) said her 89-year-old grandmother’s death in August was ruled as COVID-related despite no proof to show that the senior citizen, who lived in Savanna-la-Mar, Westmoreland, had contracted the virus.

“My grandmother had underlying issues, including her pressure, and she fell sick in the night and they took her to the hospital the same night. I am not sure what they gave her, but the next morning she felt better, and then that night she died, and they said it was COVID. But she did not have any symptoms of COVID,” argued Brown.

“I am just wondering how they could diagnose my grandmother, who had underlying issues, to say that it was COVID? Up to the point of her death, she was barely moving on her own, so this was more like old age that killed her, and they are saying it was COVID, but it was not COVID,” insisted Brown.

Diana Patterson (not her real name), is also contending that her 78-year-old stepfather, who recently died at the Annotto Bay Hospital in St Mary, had COVID-19, as was listed on his death certificate.

“Papa walked out in the rain and caught a bad flu, and a nurse said his sugar and pressure were high, so we took him to the hospital,” said Patterson. “We brought some soup and gave it to him, and he vomited it back up, but he was strong and hearty otherwise.”

“He died on April 17, and the morning he died my brother went down there, and they said he was dead from COVID. I went back there and asked for the test result, and they said it still never came and they would call and tell me … but Papa never had any COVID,” said Patterson.

The concerns raised by the two families come in the wake of a Gleaner story on September 22 in which the family of Clarendon resident Joan Robinson, who died at the May Pen Hospital on September 7, refuted reports that she died from COVID. According to the relatives, Robinson had tested negative for the virus at a private facility a few hours before she was admitted to the hospital on September 6. They say oxygen deprivation was the cause of her death.

If true, the various allegations would cast doubt on the integrity of the statistics provided on COVID-related deaths by the Ministry of Health and Wellness. To date, Jamaica has recorded a total of 83,342 COVID-19 infections and 1,859 deaths.

In the meantime, the WRHA clinical coordinator said it is important to recognise that persons may have COVID-19 and be asymptomatic.

“A lot of people are walking around with COVID and they do not know they have it, because they have no symptoms whatsoever. But it is routine now that we test everybody coming into a hospital for COVID. That is also why we insist that people wear masks everywhere they are going,” said Fray.