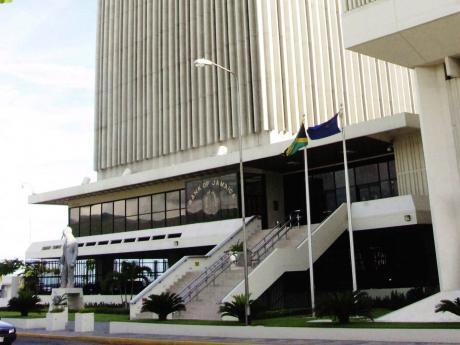 The association is arguing that the approach taken by the BOJ will fail to keep either the exchange rate stable or to moderate the rate of inflation. - File photo.

The Jamaica Manufacturers and Exporters Association (JMEA) says it strongly disagrees with the recent decision of the Bank of Jamaica (BOJ) to increase deposit interest rates in the market.

The JMEA is asserting that the move is misguided and is strongly recommending that the BOJ seriously reconsider this action in the near future.

The BOJ has indicated that the move is to dampen further inflation expectations and to stabilise the exchange rate.

However, the association said that the inflationary increases being experienced by the country are indicative of global shortages, increased transportation cost and logistic challenges which are ongoing.

In addition, it has been demonstrated in the past that the devaluation of the Jamaican dollar against international currencies has more to do with foreign currency shortages and the level of confidence in the Government's economic policies than adjustments in interest rates, the JMEA contended in a statement today.

In this regard, the body said it supports the move to maintain satisfactory international reserves and a stable fiscal policy.

The JMEA is arguing that the approach of the BOJ is academic and will fail to keep either the exchange rate stable or to moderate the rate of inflation.

Further, it is arguing that the increase in interest rates will debilitate the economy and further impoverish the most vulnerable in the society.

A move of this nature by the central bank will result in higher lending rates to consumers including small manufacturers and exporters affecting their ability to pay their bills and keep staff employed, the association said.