Ja-born woman operates high-ranking multilingual school in the US 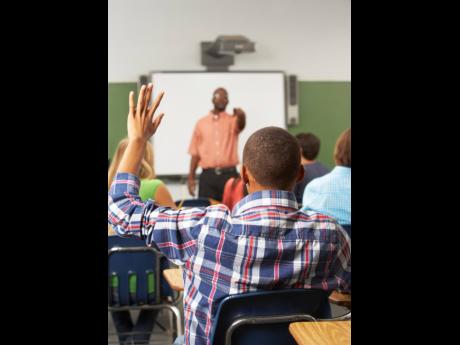 At the International Charter School of Atlanta, children are taught their lessons in the language they choose as a second language.

WHEN TRICIA Marsh decided to leave Connecticut and settle in Atlanta, Georgia, one of her main concerns was finding a school where her four-year-old twin sons would be able to learn a second language.

“For two years, I search for such a school and could not find one,” she said.

So Marsh, along with six other mothers who were in the same position, decided to establish their own school – International Charter School of Atlanta – where children would be taught a second language.

“In 2015, I co-founded a K-8 multilingual immersion IB world school in Atlanta, Georgia. It is the only school of its kind in Georgia – International Charter School of Atlanta,” she noted.

Marsh, who is an IT professional with a background in finance, is a past student of Immaculate Conception High School in Jamaica. She graduated in 1989. In 1999, she migrated to the United States of America and settled in Connecticut. She went back to school, earning her Bachelor’s and Master’s degrees.

At the International Charter School of Atlanta, children are taught their lessons in the language they choose as a second language.

The institution offers Mandarin, French, Spanish and German. Students select a language and are taught all subjects in that language. Students are assessed for biliteracy using the global standard test – STAMP, which provides a global seal of biliteracy.

Teachers are native speakers of the languages they teach and classes are taught in the various languages.

The school’s beginning was very humble.

“When we got approved by the state of Georgia to start the school in 2015, the state did not have any money (absolutely nothing) to give us, as they did not receive funding that year from the federal government, and the few schools that got approved delayed their opening because of that. However, we decided that there was too strong a demand for our school model of multilingualism to give up,” Marsh said.

“All seven of us (co-founders) were actually thinking about cashing out a part of our pensions in order to open a public school. However, with creative genius and hard work, we were able to open the school. We negotiated a lease agreement that gave us the first six months free. I authored a grant that won us $750,000 worth of second-hand books from a school that was closing down, and all seven co-founders went to auctions and bought classroom furniture with our personal funds. We asked parents to donate furniture, toys and books; we took a loan shark funding of $120,000; we asked teachers we had just hired to trust us and purchase curriculum on their credit card for us, with a promise to repay. The principal worked the first four months for free and also performed the janitorial tasks! We got a donation of $20,000 from a co-founder, and we implored parents to help us clean the school and paint it. This is how the International Charter School of Atlanta was started.”

“We had over 500 students who registered, with only a little over 300 students actually showing up to school on the first day. Parents who initially were excited about the idea of their child being multilingual became anxious when they were introduced to a day in the life of their incoming students, where they experienced everything in a different language, as the teachers were not allowed to speak any English and students could only speak English at lunch, PE or in English class,” she noted.

Today, the International Charter School of Atlanta has over 600 students on the wait list. By the end of first grade, the students are fully bilingual, and by the middle school (sixth to eight grade), there are students who are trilingual.