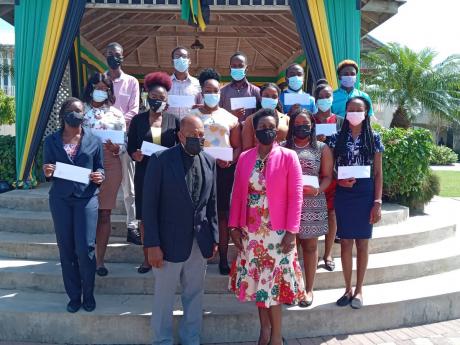 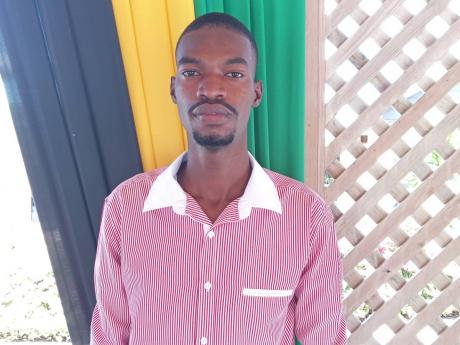 Jaron Saunders, an engineering student at the Caribbean Maritime University.
1
2

Some 26 young men and women from western Jamaica, who are now pursuing studies at some of the island’s universities, have been selected to share $2.9 million in scholarship funds, courtesy of the Joe and Angella Whitter Foundation, which is seeking to assist ambitious students to pursue their education.

The $2.9 million which was distributed is part of the foundation’s $4-million educational fund, which was established to help young men and women who are enrolled at the Caribbean Maritime University (CMU), the Montego Bay Community College, University of the Commonwealth Caribbean, and The University of the West Indies to fulfil their dreams/

According to Angella Whitter, who chairs the foundation, close to 50 applications for scholarships were received and based on their areas of study, which covers entrepreneurship, business management, construction, architecture, and engineering, the 26 persons were selected.

“On December 11, 2020, the birthday of my husband [Joe], I decided to start this foundation. As you all know, it was very trying times because we were in a pandemic - and we are still in a pandemic - and whereas a lot of companies would be pulling back, I still thought that it would be good to pay back, pay forward and give back in some way to some persons who are in dire need,” said Whitter, who is also using the foundation to honour the memory of her late business tycoon husband.

Whitter said the grade point average (GPA) of the inaugural recipients is worth highlighting, because the standard that she saw should be emulated.

“Some of you have even displayed some tremendous GPAs, over 3.5, and so we have decided to reward you for those efforts. So there are some of you who are getting $100,000 or have received $100,000, and there are others who have attained more than 3.5 GPA. You have also received $150,000,” Whitter told the recipients last week.

Jaron Saunders, a third-year student who is pursuing a course in industrial engineering systems at the Caribbean Maritime University, says the cost associated with his course is far beyond his ability to pay, and had it not been for the support of others, he would have been denied an opportunity to get a tertiary education.

“This scholarship really helps in securing my degree so that I can come and give back to the wider society,” said Saunders.

According to Saunders, applying for a scholarship can be quite tedious, but he is urging others to keep trying to securing one, despite the many hurdles they might come up against.

“You wouldn’t understand, this scholarship from the Joe and Angella Whitter Foundation has given hope to me and many others. I am no longer worrying where the money will come from to pay for my tuition and examination fees,” said Saunders, a resident of Porto Bello in St James.