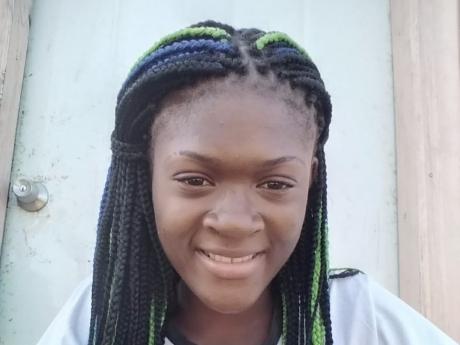 Samoya Cameron, a past student of Kemps Hill High School, was remembered as a fun-loving and caring individual - Contributed photo.

The mother of 18-year-old Samoya Cameron, who is suspected to have drowned in the Rio Minho in Clarendon on Monday, is questioning the circumstances that led to the death of her oldest child.

The police report that about 5:30 p.m., Cameron went to the river to swim with family members when she allegedly got into difficulties and drowned.

The police were alerted and she was taken to hospital where she was pronounced dead.

Cameron, who was from Race Course in the parish, was reportedly spending time with relatives in Canaan Heights, also in the parish, up to the time of her death.

"Me nuh know of she as no swimmer, so mi nuh know how dem say she gone in a deep part and she ah nuh swimmer. Dem ah tell different, different story but dem ah fi talk true story," said Johnson.

She said she has not slept since she got news of her child's death.

Cameron, a past student of Kemps Hill High School, is remembered as a fun-loving individual who was very kind to her younger siblings.

Investigations into her death are ongoing.