Jamaica taking it to the world at COP26 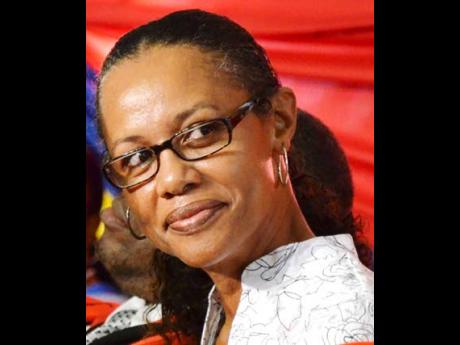 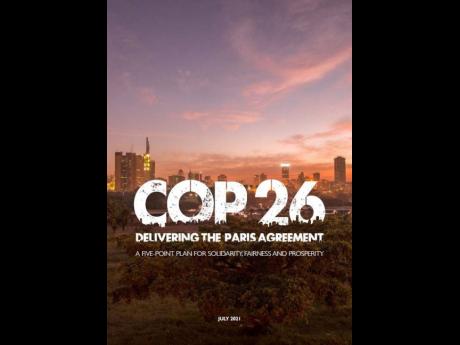 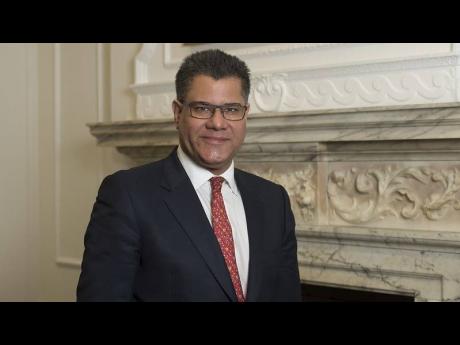 Jamaica will be one of six select countries taking to the stage to showcase international best standards in areas that could bring the world closer to achieving the global goal of a net-zero future when the 2021 United Nations climate change conference, also known as COP26, gets under way in Glasgow, Scotland, between October 31 and November 12.

Following four months of international collaboration between academics, business, civil society and citizens across the globe, the COP26 Futures We Want project, will unveil its hope for an achievable, beneficial, resilient and desirable global net-zero future for nations across the world.

From restored coastal swamps and climate-resilient crops to electric bikes and seawater greenhouses, research highlights the benefits of a transition to a climate-resilient future, including new jobs, improved health and quality of life, and secure food and water supplies. The Futures We Want project puts scientific evidence, international collaboration and the priorities of local citizens at the forefront of COP26.

Jamaica is billed to show how much can be achieved by implementing natural protection from hurricanes and floods through restored reefs and coastal mangrove swamps, in order to protect its citizens and the environment. The many lives, infrastructure and money to be saved through this investment in the natural environment cannot be quantified.

Mona Webber, professor of marine biology and director of the Centre for Marine Sciences and Discovery Bay Marine Laboratory, The University of the West Indies, told The Gleaner that her colleagues, including Dr Camilo Trench, have been integral to the success of this research, which effectively addresses the root causes of mangrove loss.

“They have been carrying mangrove restoration across various areas of Jamaica, primarily to do with fixing the causes. Not just planting back trees or seedlings, but finding out what causes the loss and solving that problem, and we have had pretty good success,” she said, referencing Refuge Cay.

A mangrove island that sits about two kilometres off Port Royal, Refuge Cay was virtually dead ­– overwhelmed by tons of garbage, when in 2018, Professor Webber spearheaded the charge to resuscitate it, warning that if it was allowed to die, it would take with it the livelihood of fishers, as well as the natural protection long provided for low-lying communities such as Port Royal, Portmore and Portland Cottage.

“The plastics will eventually kill that mangrove island. The forest will die,” was Webber’s informed summation of the situation where the survival of numerous species of resident and migrant birds was under serious threat. However, things are much different three years later, following the removal of thousands of pounds of solid waste, allowing for significant improvement of the water flow to and through this mangrove island.

“Accumulated solid waste was causing the loss of the mangroves. Having cleaned the cay and allowed the water to flow back and forth, the restored hydrology now is causing the forest to be healthy again. There are instances where it means bulldozing a mound of earth that was blocking the water, because mangrove forests need water flow to survive,” Webber explained

“Ours is a team study of hydrological restoration and it’s not new to the world. People have tried it in Florida and elsewhere, but our case study provides evidence that it does work and why it does.”

COP26 President-Designate Alok Sharma put the work to be showcased at the conference in perspective. “The science is clear, we must act now to put the world on a path to net-zero emissions if we are to limit global warming and keep 1.5 degrees Celcius within reach. This means all countries, businesses and individuals have an important part to play.

“These visions of a net-zero world, published ahead of COP26, outline how a transition to a climate-resilient future can act as a real opportunity to create new green jobs, build sustainable economies, and boost the health and quality of life for millions,” he said in a press release issued by the British High Commission in Kingston.

A spokesperson from the high commission weighed in on Jamaica’s achievement: “Jamaica continues to punch above its weight in the climate fight and that is further evidenced by its commitment to this ambitious vision. It’s important to note that the timeline for implementing projects and the monitoring of progress towards this vision is hinged on Jamaica’s completion of its long-term strategy on curbing greenhouse gas emissions, as outlined in the Paris Agreement. The UK continues to provide technical expertise and support to ensure that the strategy is comprehensive, relevant and realistic,” Syranno Baines, digital and communications manager, told The Gleaner.