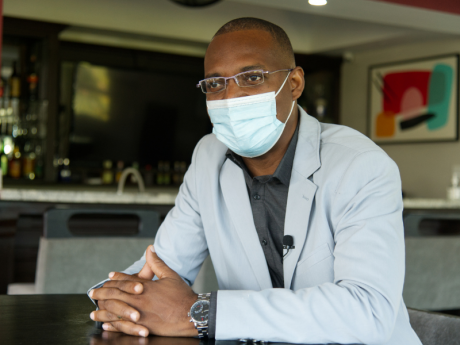 The charges stemmed from a march held in the Cecil Charlton Park in Manchester on the morning of Saturday, September 11.

President of the United Independents' Congress (UIC) Joseph Patterson, who is charged with breaching the Disaster Risk Management Act (DRMA) and the Public Order Act, appeared before the Manchester Parish Court today.

The charges stemmed from a march held in the Cecil Charlton Park in Manchester on the morning of Saturday, September 11.

Patterson, who has a similar case before the Kingston and St Andrew Parish Court, was charged with organising the march without a permit in breach of the Public Order Act and exceeding the public gathering limit as prescribed under the DRMA.

In court, his attorney Hugh Wildman contested the constitutionality of the charges.

He argued that the DRMA does not satisfy constitutional systems and revealed that he has already started the process to file a constitutional motion in the Supreme Court to challenge the law.

Further, he argued that the Public Order Act does not allow for a restriction on the freedom of movement and does not preclude an individual from walking and expressing oneself in a non-violent manner.

Wildman, who indicated to parish court judge John Tyme his wish for the matter to be expedited, said the implications of the pandemic will be greater if the matter is not addressed.