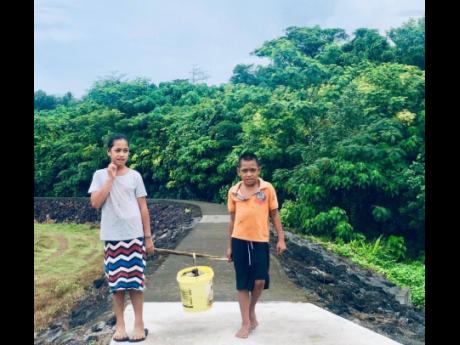 Adaptation Fund
Young children cross the walkway to go to the local market to sell food in Samoa, a small island developing state in the Pacific. The walkway was created under the AF-funded project implemented by UNDP to protect against erosion and mudslides caused by sea rise and flooding. (Photo: Adaptation Fund) Adaptation Fund

THE ADAPTATION Fund has enhanced support for climate adaptation and resilience for developing countries in the Pacific region by accrediting the Pacific Community (SPC) as its eighth regional implementing entity.

The decision was made through a virtual intersessional board action recently.

SPC, which was established by the Agreement Establishing the South Pacific Commission in 1947, serves as the principal scientific and technical organisation supporting development in the Pacific region. Headquartered in Nouméa, New Caledonia, it is owned and governed by 26 members, including all 22 Pacific island countries and territories. SPC includes mostly vulnerable developing countries and Small Island Developing States (SIDS), as well as some developed country territories.

SPC has supported its member countries’ development goals focusing on sustainable economic development, capacity building, and enhanced health and livelihoods. SPC has also developed a track record in financing climate change-related projects in the Pacific region, along with other activities, including capacity-building, project implementation, policy, research, and demonstrative actions.

SPC’s member countries and territories are home to more than 100 million people, and most of them are in SIDS.

The Adaptation Fund supports a substantial portfolio of projects in SIDS worldwide with almost 20 per cent of its projects and programmes in SIDS. Seven of the fund’s National Implementing Entities under its pioneering Direct Access modality that builds country ownership in adaptation are also from SIDS.

“We look forward to working with the SPC to address the region’s developing countries’ unique adaptation needs, through necessary, regional and country-specific financial and technical support,” he added.

To date, the Adaptation Fund’s 56 total national, regional and multilateral implementing entities are carrying out 123 concrete projects on the ground in more than 100 developing countries – with about half in SIDS or least developed countries.