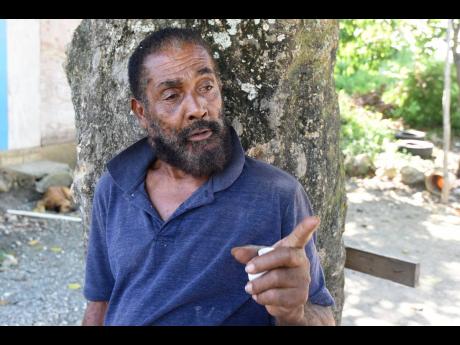 Kenyon Hemans/Photographer
Claude Dunn, a resident of Stony Gut in St Thomas, is disappointed that more has not been done to develop national hero Paul Bogle’s former village. 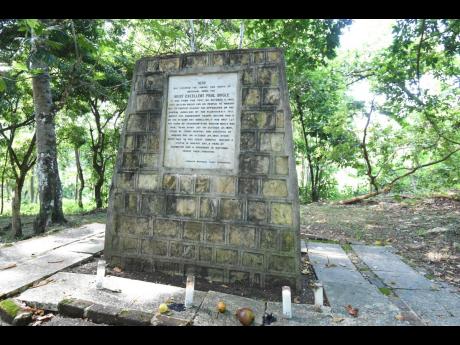 Kenyon Hemans/Photographer
A monument dedicated to Paul Bogle on the grounds where he was said to have started his peaceful march to Spanish Town in 1865. 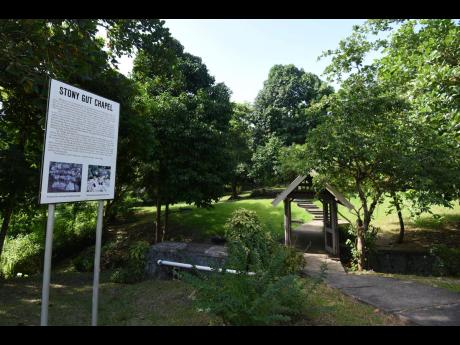 Kenyon Hemans/Photographer
The site where the former Stony Gut chapel once stood.
1
2
3

A steep descent along a narrow, rocky road walled in by bushes leads to Stony Gut, the popular village of Paul Bogle in Spring Garden, St Thomas.

Significantly known as the place where the now-celebrated national hero and his colleagues gathered before marching to Spanish Town to the governor to make his plea, the site is now home to Bogle’s memorial.

Despite its recognition as one of the parish’s historical landmarks, residents of Spring Garden have expressed that an utter disregard for the upkeep and functionality of the area has left a bitter taste of disappointment in their mouths.

They shared that the village, which once hosted the home and chapel of the goodly man, is simply no more.

“Nothing is happening down there. All that’s there is a little board building and a concrete [structure]. How can we have a national hero and there is nothing but a piece of concrete to represent him?” asked Patrick Walker, who shared that outsiders are usually shocked by the loneliness of the area and its lack of development.

Noting its proximity to the St Thomas parish capital, Morant Bay, Walker believes the neglect of Stony Gut is an affront to Bogle.

“Same way how Bogle march leave the place hundreds of years ago is same way it stay now. [As} a matter of fact, it was better then because here was the town of Spring Garden, where one of the first Baptist churches was. It was well populated, so they demoted Paul Bogle after he fought for freedom. We had a church here, houses and everything, and now nothing is here. So is like a rich man dem turn poor,” he said.

Four lit candles placed at the foot of the old monument attested that Bogle’s 155-year-old sacrifice still holds value, but to a few.

Sixty-eight-year-old Claude Dunn, who was introduced as a long-time advocate of Bogle, also spoke of the situation as a crying shame.

Sharing that the hero’s contribution is being undermined, he said, “As you reach the fingerpost, there should be something that welcomes you to home of Paul Bogle. Down by the site needs a little hotel, where people travelling from far can stay overnight, and library where they can read more about him.”

Dunn, who took pleasure in demonstrating where the old chapel once stood and the trail through which Bogle and his army trod, recommended, too, a tour guide to take visitors on a trip down memory lane.

“People come from Westmoreland, Trelawny and all over, and when they come, dem sorry. Everybody come expecting to see something leaves disappointed. Paul Bogle wasn’t in need. He fought for the people. We have to fight back for him,” he said, adding that only a few seem interested in resurrecting the hero’s legacy.

The residents agreed that Stony Gut is a fertile venue for the hosting of ecotourism, which will put to good use the vegetation of the area, conserve the environment and, at the same time, preserve the memory of their beloved hero.