Barnswell calls for more attention for mental health in Clarendon 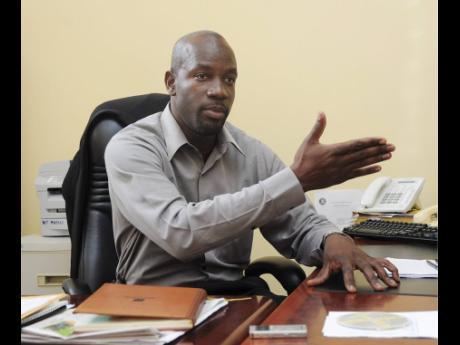 Councillor for the Hayes Division Scean Barnswell is calling for more to be done to address mental health in Clarendon.

Barnswell raised the issue during yesterday's monthly meeting of the Clarendon Municipal Corporation.

Among other things, councillors were provided with a parish health report.

Barnswell took issue that matters related to mental health were missing from that and previous health reports and argued that the issue needs to be given more attention.

“Recently, I lost a colleague who was mentally ill and there was little or no treatment available to him and unfortunately he burnt down his family house and killed himself in the process,” said Barnswell, citing the case of former Clarendon College footballer Eugene McPherson who set fire to the home of his family in Oliver Gardens last week.

Barnswell also made mention of a Television Jamaica feature that highlighted mentally ill persons living on the streets of May Pen, including an ex-soldier.

Barnswell argued that many factors drive mental health, noting that these have been exacerbated by the COVID-19 pandemic.

“I would like to know what plans are in place to deal with mental issues affecting the parish. Since COVID, depression has also increased so this is something that we need to now look at,” he said.