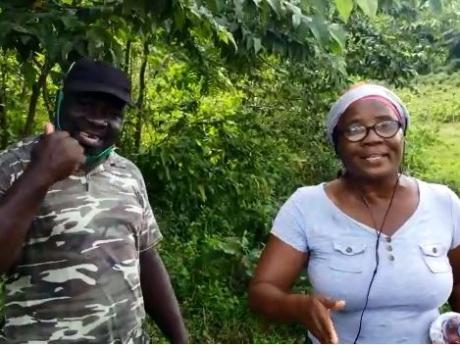 The residents said that they were committed to the mission to locate Phylisa Prussia.

Residents of Bath and surrounding communities in St Thomas are overjoyed that nine-year-old Phylisa Prussia has been found alive.

They said that they were committed to the mission to locate the young girl.

Prussia was abducted from her home in Bath on Thursday evening.

Recounting how she was found, a male resident told The Gleaner that a search party was in the Arcadia community this afternoon when a member of the team noticed what appeared to be footprints.

He said the team decided to follow the trail and that is when Prussia was found in bushes.

An alarm was then raised.

He said it was then decided that the team, which included police personnel, would rush her to hospital for medical attention.

“Ah mi fren pickney and mi couldn't deh ova deh and nuh reach yasso cuz mi hear him [Phylisa] ova yah, so mi sah we aggo push out all the effort this day and yesterday. And wi neva find him [Phylisa] yesterday but we find him today and wi give thanks,” he continued.

The search is ongoing for the suspected abductor, Davian Bryan, who is believed to have been sighted in the area where the young girl was found.

A helicopter is circling the area.