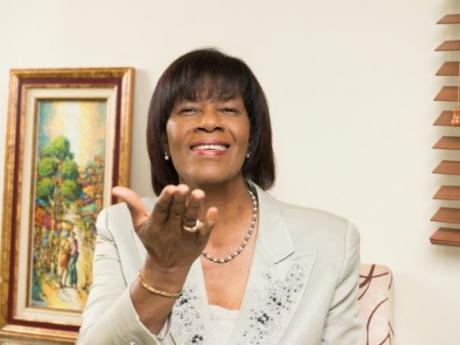 When it was time for an address from Simpson Miller, delegates were instead provided with a compilation video of excerpts from past speeches she made on previous campaign trails. - File photo.

The excitement of the small gathering attending the public session of the 83rd staging of the People's National Party (PNP) annual conference today was dampened when former president Portia Simpson Miller did not deliver an address.

Simpson Miller was on the agenda to deliver an address to delegates who gathered at the CPTC studio on Arnold Road in St Andrew.

When it was time for Simpson Miller, instead of a similar presentation, delegates were instead provided with a compilation video of excerpts from past speeches she made on previous campaign trails.

Amid the distortion of the presentation by a rumbling background noise, the theme that was constant in the video was her past calls for forgiveness, unity and love in the party

"We have fought the good fight and we have remained the undisputed champion, the bedrock of progress for the Jamaican people.

Expressions of disappointment were on the faces of some delegates as the video played.

It was clear that they were expecting more from their once-popular party leader.

Meanwhile, PNP General Secretary Dr Dayton Campbell blasted the Government for its handling of the vaccination drive, particularly the roll out of the Pfizer shot.

Campbell accused the government of incompetence.