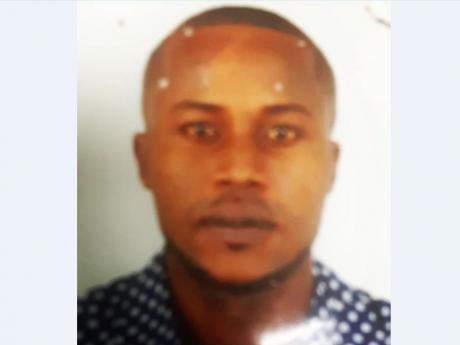 Davian Bryan has been named as a person of interest in the abduction of nine-year-old Phylisa Prussia and the disappearance of 13-year-old Winshae Barrett, who are both from Bath in St Thomas - Contributed photo.

The confirmation came from Griffiths as he addressed a press briefing at the Bath Police Station in St Thomas this afternoon.

“He is a person of interest in this case based on what the person is saying. He is the main suspect in the previous abduction,” he noted.

News of her disappearance came hours after an intense search led to the rescue of nine-year-old Phylisa Prussia who was abducted from her home, also in Bath, on Thursday.

Bryan, who is the alleged abductor, remains at large.

And Griffiths reported that Bryan is now considered a fugitive from justice, noting that he has failed to report to the police as part of his bail condition.

Bryan is on bail in the Portland Circuit Court on firearm and other charges.

“He has a case pending in court and should have been reporting on condition of bail and has not reported so he is somebody we need,” said Griffiths.

Meanwhile, he is appealing to the public to desist from sharing misleading information.

“Don't get caught up in the euphoria and mislead the police. It is drawing a lot of energy from our resources and we can't be at all places at all time,” he said.

Griffiths pointed out that over 100 police personnel form part of the contingent of the multi-agency search to locate Bryan and Barrett.