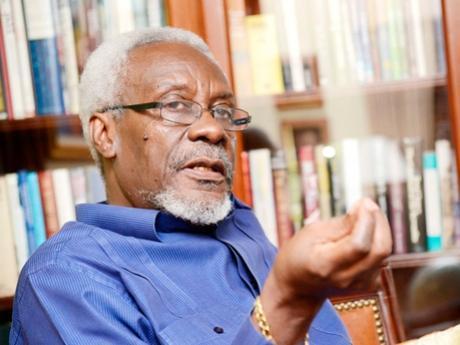 Patterson: "Some of the atrocious postings should be deplored and cease, even if they were to be uttered against the JLP [Jamaica Labour Party]. Remember we are rivals for power, not perpetual enemies at war." File photo.

Former president of the People's National Party (PNP) PJ Patterson on Sunday delivered a strong rebuke to the warring factions within the 83-year-old party.

In a virtual address this afternoon to the PNP's 83rd annual conference, Patterson was blunt in declaring that the party was doomed for defeat and self-destruct if it continued to “curse each other” and engage in “vulgar abuse” of each other.

“Comrades who do this are enemies of progress and mean the party no good. Some of the atrocious postings should be deplored and cease, even if they were to be uttered against the JLP [Jamaica Labour Party]. Remember we are rivals for power, not perpetual enemies at war,” he charged.

Noting that he was chastising them with a “heavy heart”, Patterson said he could no longer bear the pain that comes from a party in internal conflict.

“Do we want to remain a house divided against itself which cannot stand? Or, do we regain our sanity to unite as one,” the former president asked.

Patterson chided the divided factions within the PNP, saying no one had sought to seek his advice on how to unite the party.

According to Patterson, for 14 years he led a united invincible party.

“I am willing to hold school about it if it will help us to know how it was done, quietly and constantly,” he added.

The caricature of the PNP at war in newspapers did not escape Patterson's keen attention, as he declared that “cartoonists are having a field day” in relation to the party's disunity.

He also observed that the fierce infighting has left columnists commenting that co-founder of the PNP Norman Washington Manley and former president Michael Manley must be turning in their graves at the state of the party.

In July, the disunity within the PNP became starker when four vice presidents resigned en bloc, one of whom was its chairman.

They expressed a lack of confidence and distrust in the leadership and their resignation was yet another saga that dealt a severe blow to the party.