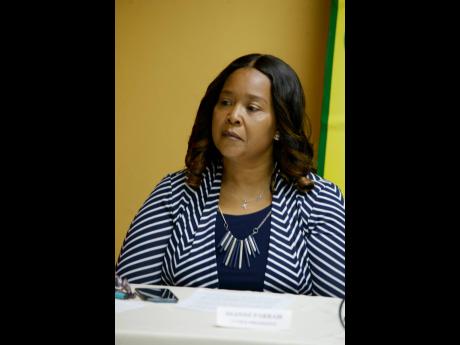 The Jamaican Government has been criticised for not doing enough to crack down on the proliferation of mobile petroleum operators, which present safety hazards and have also chipped away at the profits of mainstream investors.

Gregory Chung, former president of the Jamaica Gasolene Retailers Association (JGRA), has urged industry interests to solicit an independent investigator to probe the growing problem and draft a report.

Chung said that he received on-the-ground reports up to two days ago that unlicensed operators were not only “hustling” diesel in trucks, but were also retailing 87 or 90 gasolene.

“It is not being addressed in a way that is curbing it or declining, and it is taking away business from our members, and it is a risk to the public,” Chung said at the JGRA’s 70th annual general meeting on Saturday.

“We have reported this problem to the ministry verbally. We have written to them. It is widespread, and they know. They are very aware. Very little has been done and they are asking us to wait on some legislation.”

Mobile petroleum operators circumvent the systemic requirements of the Petroleum Downstream Act by applying for a peddler’s licence through the court office, JGRA President Dianne Parram told The Gleaner on Sunday.

Thus, mobile petrol retailers avoid industry oversight by fire, police, and other state officials, said Parram. The problem of mobile distributors, with pumphoses attached, is most prevalent in the northern and western belt, she added.

The JGRA president has also called for the Ministry of Energy to be a one-stop shop to which licensing applications could be submitted for review by fire, police, and National Works Agency officials.

Parram, who was re-elected on Saturday, said the association was increasing awareness about safety hazards posed by mobile gasolene retailers and hoped that advocacy would generate momentum for intervention before a major accident occurs.

“It is really an important safety issue, and we need to continue to give it the attention it requires … . The ministry is aware. They are taking steps, but we understand … a lot of times in Jamaica, it is not until something happens that it gets the priority that it deserves,” Parram added.

Chung lamented that there was a lot of talk and no action in the Daryl Vaz-headed Ministry of Energy, Science and Technology and other agencies.

Errol Edwards, JGRA’s first vice-president, agreed. He said that there was need for action for the loophole in the legislation that mobile operators were exploiting.

“We have to make noise so that our voices can be heard … . The issue has been plaguing the association for some time and needs to be resolved,” Edwards told the AGM.

“Many stations are struggling to stay afloat. Every time we start to experience an ease or slight uptick in the last year, measures get enforced and send us back to square one,” she said.

“It has been a very difficult year for all our members.” said Parram.