DCP Fitz Bailey, national honouree, would not trade life as a police officer 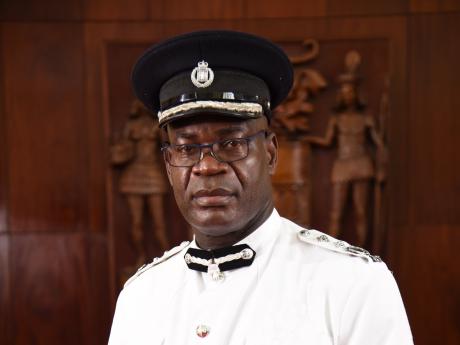 Bailey: “For me, if I were to relive my life, it would be JCF (Jamaica Constabulary Force) again and if I can serve an organisation like this in the afterlife it would be JCF. It has been a pleasure, an honour, a privilege." - Contributed photo.

Deputy Commissioner of Police (DCP) Fitz Bailey would not trade life as a police officer, serving and protecting the people of Jamaica, for any other career.

For him, it is a decision he would make all over again if given the opportunity.

“For me, if I were to relive my life, it would be JCF (Jamaica Constabulary Force) again and if I can serve an organisation like this in the afterlife it would be JCF. It has been a pleasure, an honour, a privilege. There were lows but the better days are greater than the lower days, there were some lonely moments but it was worth it,” he told JIS News.

Describing himself as a “servant of the public”, Bailey's career in the police force, which began 37 years ago, has seen him moving through the ranks based on a track record of success and a commitment and dedication to help.

“Joining the JCF, I see myself not as a master, but I see myself as a servant. If you see yourself as lord and master, then you are going to find the way you execute your duty is going to be a little abusive and excessive. So, if we understand the concept of servanthood, that's how I do my policing. I am a servant of the public and the public expects a certain behaviour, conduct, and I am mindful of those realities right through my career. To be a police officer, it's not just a work, it's a calling,” said the 2021 Government of Jamaica national award recipient who is in charge of crime and security.

He shared that one of his commitments to self since joining the force is a greater respect for human rights.

He explained that while he is mindful of the crime situation in the country, this is a mantra he shares with members of the force particularly in the execution of their duties.

“I believe we can execute our job with the highest level of professionalism without abusing people, and that has been my mantra,” he said.

Bailey will be among the more than 140 persons who will be honoured at the virtual National Honours and Awards Ceremony to be held today on National Heroes Day.

He will be conferred with the Order of Distinction in the rank of Officer (OD) for his service to the Jamaica Constabulary Force.

The senior policeman tells JIS News that he accepts the honour bestowed on him by his country with the highest level of humility.

“I'm really humbled and grateful for this consideration. I think my only regret is that both of my parents…they are not alive to see it. I accept it with the highest level of humility. Thanks to the team that saw it fit to have vested this to me. I am really grateful,” he said.