Jamaicans in US describe Colin Powell as icon 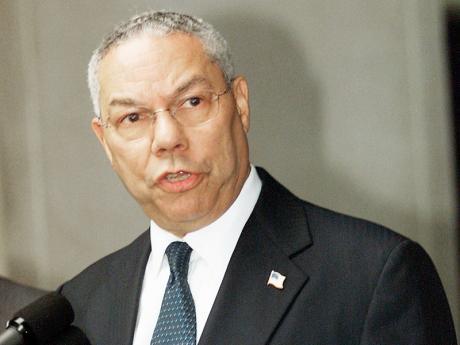 Powell died today from COVID-19 complications. He was 84. - File photo.

Jamaican elected and community leaders in the United States have described late former US Secretary of State Colin Powell as an icon and a man of excellence.

In announcing his death on social media, Powell's family said he had been fully vaccinated.

Powell, who was born in Harlem in New York to Jamaican parents, scored a number of firsts.

Since his passing, tributes have rolled in for Powell.

Here are some of those tributes:

“General Powell's accomplishments were celebrated not only by African-Americans but lauded and appreciated by the Caribbean-American community, especially Jamaican Americans who took great pride in claiming him as a son of Jamaica.”

“He was and is an icon to many people around the world. A man of excellence, grace, and dignity. He epitomised dedication and hard work. All Jamaicans are saddened by the loss of this historical figure who truly opened the doors to make it possible for other Jamaicans and other immigrants to follow.”

“Being a son of Jamaican parents made us all very proud. Jamaica has a lot to be proud of in General Powell.”

“Colin Powell's distinguished service record as the first black United States secretary of state has left an indelible mark on United States foreign policy and the world. Colin's legacy as a great humanitarian and brilliant statesman resulted in him receiving the Presidential Medal of Freedom twice. He represents the hope we have as Jamaican and Caribbean immigrants who come to America in search of better opportunities for ourselves and our children. Colin's achievement illustrates the power of possibility that our children and their children can achieve at the highest levels when provided with the opportunity to do so. We convey prayers and our deepest condolences to his family and friends.”

“He had a deep sense of duty to his country and represented the best of the United States on the world stage. He was a man of deep conviction and a sense of right and wrong.”

“His epitaph should read here lies a man who never forgot his root, who exemplified dignity, integrity and leadership.”

“Through his achievements it allowed others to follow in his footsteps to achieve their goals.”