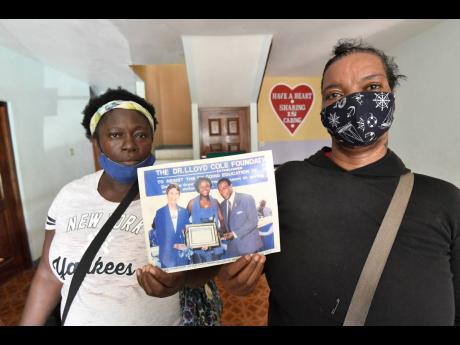 Rudolph Brown
Sandra Brown (left) and Simone Henry, residents of Standpipe in St Andrew, hold a photo of Dr Lloyd Cole making a presentation to Brown’s daughter, Tamara Reid. Former US Ambassador Sue Cobb is at left in the photo. 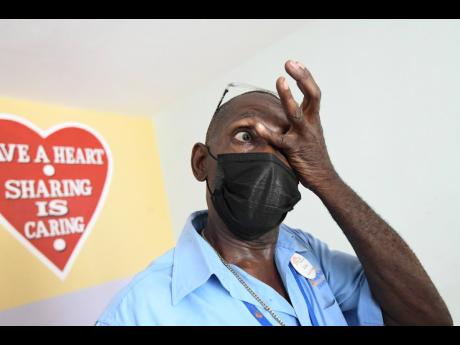 Rudolph Brown
Karl Alexander wipes away his tears in a rememberance for the late Dr Lloyd Cole. 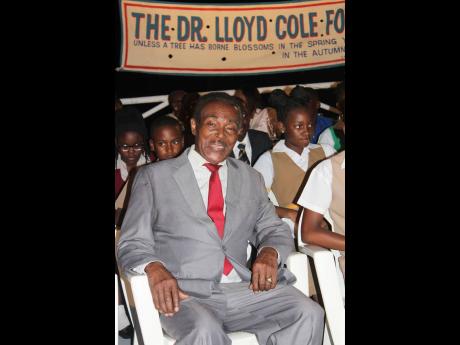 The upcoming Christmas season will not be the same for residents of Standpipe in St Andrew, as they mourn the loss of their community patriarch, Dr Lloyd Cole.

Cole, who is popularly known not only for bringing Christmas cheer at his offices in Liguanea, St Andrew, but also for his road-blocking Christmas treats on Boxing Day, which have been held every year since 1985.

The prominent doctor and philanthropist passed away last Wednesday at the Nuttall Hospital after a battle with prostate cancer. He was 83 years old.

Sandra Brown, a resident of Standpipe and former caregiver of Cole, is heartbroken about his death.

During a visit by The Gleaner to The Dr Lloyd Cole Medical Complex at 139 Old Hope Road, she said he is dearly missed, but she is grateful for the time she shared with him.

“Our journey here with Dr Cole was nice. He was a good man; nice, kind, loving, respectable man. He helped to send us to school. That was one of his main attributes,” Brown said.

She told The Gleaner that Cole helped more than one generation of persons in his time, given that he not only assisted her with going to school, but also her daughter, Tamara Reid.

She recalled that Cole ensured that her daughter successfully completed her studies at The University of the West Indies, Mona.

Simone Henry, another resident, said Cole guided persons living nearby his office on Old Hope Road away from engaging in unlawful acts and showed them what it is to be loved.

“I knew him for 48 years, because I was born and grew up here. For all these time I knew him, he was a very, very good man. He didn’t have a fault which somebody didn’t like. He was a very good man; very caring and loving, and he cared for children mostly,” she told The Gleaner.

Karl Alexander, who now serves as a supervisor at the nearby Super Valu Home Centre in Liguanea, said he would look forward to helping Cole with the 35-year-old road-blocking annual Christmas treat.

“This treat that Doc had going started with 12 children. His plan was to give Christmas dinner to 12 needy kids in the community, and it expanded,” Alexander told The Gleaner.

In recent years, Cole’s Christmas treat grew into being an annual bonanza event, which allowed him to get permission from the police to cordon off sections of Old Hope Road to host the children he would be gifting on Boxing Day. With the pandemic and new social-distancing rules outlined by the Government, no treat was held last year.

Henry and Brown said that they are determined for it to continue.

Cole also held an annual awards ceremony on his birthday, April 1, where he handed out scholarships and bursaries to needy children.

In April 2012, Cole was taken into custody and charged with procuring abortion, following allegations that he carried out the illegal procedure on a 16-year-old girl at his office. His lawyers argued that the doctor had no choice but to perform the act, after making a judgment call.

He was acquitted of all charges in December 2013.