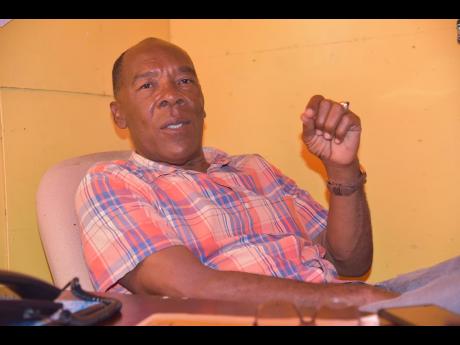 TEMPERS FLARED during last Thursday’s monthly meeting of the St James Municipal Corporation, as some councillors accused the National Solid Waste Management Authority (NSWMA) of providing favourable garbage collection reports while not providing the service to support their claims.

According to Councillor Michael Troupe, of the Granville division, he wants to see garbage collection in his division improved going into the upcoming Christmas season.

“It seems to me that it is only when it comes to council meetings that we get a good report [from NSWMA], because when you go on the street, it is a different thing you see. Garbage a kill wi, and with garbage come rats and mosquitoes ... we have to decide what we want, good reports or action on the ground, and ‘Christmas a come, we want wi la-la,’ and the la-la is getting the garbage cleaned up,” said Troupe.

Mt Salem’s Councillor Kerry Thomas said that what he finds most difficult to accept is the fact that they have had to be begging state agencies to do the work they are already paid to do.

“The reports sound all nice and dandy, but the messages we get tell a completely different story. Sometimes we just want an honest, genuine report because if we can report to our constituents the truth, then it would be easier to handle. What is concerning is that we have to be here begging agencies to do the job they are paid to do, and they are spending taxpayers’ money,” said Thomas.

However, the accusations aimed at the NSWMA were sharply challenged by Anthony Murray, the councillor for the Rose Hall division, who said he has no issues with garbage collection in his division.

“As the chairman of public health in the corporation, I take offence to the attack that has been laid out towards the NSWMA this morning. I also stand to confirm that my division is clean and there is no backlog [on collection],” said Murray.

The exchange came moments after Garnet Edmondson, the operations manager for the NSWMA’s Western Parks and Markets (WPM) Waste Management Limited, announced that 95 per cent of communities in St James are currently on a regular waste collection schedule.

“In St James, where we have four zones, we have three loads of backlog now, and our complaints have been down some 98 per cent since the last reporting period. The highlight of my report is that we are now in single-digit backlog and we have at least 95 per cent of our communities in St James on the schedule presently,” Edmondson told the meeting.

Last October, the WPM Waste Management Limited got a new garbage truck from the Jamaica Social Investment Fund to service the communities of Granville, Flanker and Mt Salem, increasing the number of government-owned garbage units that serve the western region to 28. The entity’s region of service encompasses the parishes of St James, Hanover, Trelawny, and Westmoreland.

In the meantime, Montego Bay Deputy Mayor Richard Vernon, who chaired the meeting, reminded the councillors that all state bodies, including the municipal corporation, must work together to address every situation for the benefit of the constituents they represent.