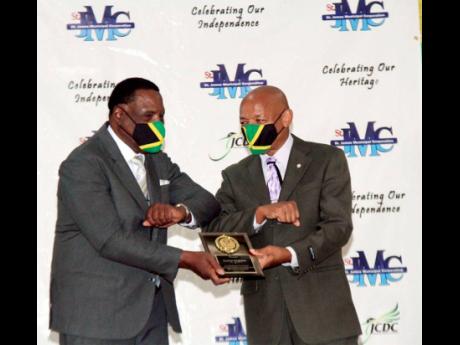 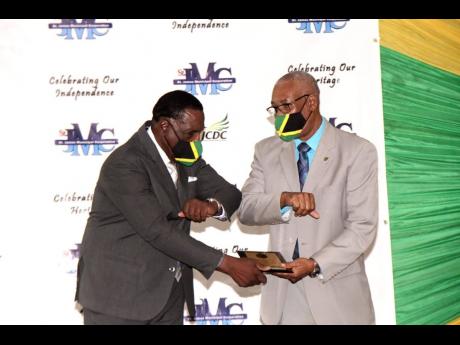 Veteran journalist Clinton Pickering and radio and television technical officer Byron McDonald were among 26 residents of St James who received special National Heroes Day recognition for their contribution to the national life in their respective fields of endeavour.

In lauding the contribution of Pickering, who now works as a freelance journalist, his citation stated that he has been an integral part of the media landscape for over four decades, during which he worked with almost every major newspaper in Jamaica.

“Clinton Pickering’s fingerprints have been left on newspaper pages, such as the Beacon, The Gleaner, THE STAR, and today the Western Mirror, where he is a regular contributor,” the citation read.

Responding to his award, Pickering, who for years has been keeping Radio Jamaica listeners up to date on happenings in western Jamaica through the station’s rural and traffic report programmes, said he appreciates the recognition and promises to continue working to support the continued development of the parish and the wider Jamaica.

“I appreciate the fact that the municipality, on behalf of the people of St James, recognised me for many decades of hard work,” said Pickering, who has also worked for several international media houses, including The New York Times and the Caribbean News Agency.

“Throughout my nearly 50 years as a journalist, it certainly feels good that one gets recognised for their contribution. However, it was never about working for an award. I have been working, and will continue to work, towards the growth and development of my community.”

As for McDonald, who recently retired from TVJ and Radio Jamaica, he told The Gleaner that he feels very special to be counted among those who have been recognised for the work they do to make others comfortable.

“I did not see this coming, especially now that I have retired. I am happy that the people of St James have recognised my work, even when it might not look like anything to some. I appreciate it a whole lot,” said McDonald.

Over the last four decades, McDonald, at different times, worked with the now-defunct Jamaica Broadcasting Corporation, TVJ, and Radio Jamaica, ensuring that the people of St James and western Jamaica were able to listen to their radios and watch their televisions with as little interruptions as possible.

McDonald’s citation spoke to the fact that he was quite generous in offering technical training, free of charge, to young people with whom he worked, creating the scope for them to land and hold jobs on the technical side of the media landscape.

During the ceremony, Montego Bay Mayor Leeroy Williams said the city and the wider St James have benefited immensely from the contributions of the various recipients and as such, he was delighted to present them with the Sam Sharpe Award and the Mayor’s Special Award.

“I am pleased for the achievement of our city, and I thank every law-abiding citizen for their contribution in the process, especially to our Sam Sharpe awardees,” said Williams. “I want you to continue to resist mediocrity, and redouble your efforts for the development of our city and our nation.”