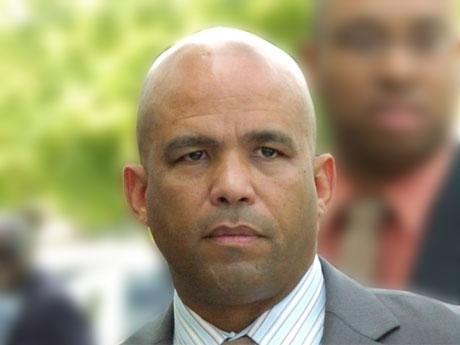 Robertson says residents have a responsibility not to take the law into their own hands. - File photo.

Member of Parliament for Western St Thomas James Robertson is speaking out against the killing of a man in Llandewy this morning who was reportedly mistaken by residents as the suspected abductor of the two girls in the parish last week.

Robertson says residents have a responsibility not to take the law into their own hands.

“From mistaken identity to whatever it is, it is a criminal act that has taken place. A man is dead. He is not known or not well known to the community. This is just one more crime that the police have to solve,” he said while pushing back at reports that the man was killed in a case of mistaken identity.

“I'm not sure that this has anything to do with mistaken identity. The community is very calm and is not reacting as if it has any blood on its hands. The lynching and tying of the Llandewy community and west St Thomas is too early… the thought that a lynching took place at this time is early,” he said.

Nevertheless, he warned residents against engaging in any act of vigilantism.

“Two wrongs will not make a right. Let us all do what we have to do to always keep the law in front of us,” he added.

Head of the St Thomas Police Superintendent Allison Byfield confirmed that the stabbing incident took place around 7:30 Wednesday morning, noting that investigators are seeking to identify the victim.

“The police responded to reports of an injured man in Llandewy. The police proceeded to the scene where they saw an injured man lying on the ground on his back in a blue jeans pant only, no shirt. He was taken to hospital where he was pronounced dead,” she said.

Byfield maintained that the motive of the killing is unknown.