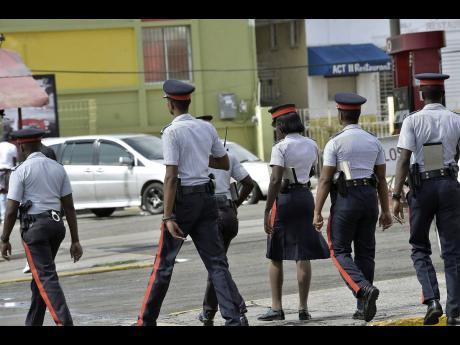 The police say it is unlawful for any public march to take place without a permit. - File photo.

The police are warning against an illegal march to culminate at Jamaica House and King's House today.

Among the groups said to be organising the illegal march are 'We the People (United Nations)', a group led by entertainer Shawn McDonald, otherwise called 'JahDorE' and the United Independents' Congress.

"No permit has been issued for the intended march today and the organisers are being warned not to carry out their planned action," said a police spokesperson in a media release.

Permits for public marches in Kingston and St Andrew are issued by the Commissioner of Police.

The police say it is unlawful for any public march to take place without a permit.

Additionally, King's House and Jamaica House are Scheduled Premises under section 4 of the Public Order Act.

Therefore, persons are being warned that no such activity should take place within 200 yards of these premises.

The police say they are also aware of the intention to have children participate in the march.

The Jamaica Constabulary Force along with the Child Protection and Family Services Agency will be monitoring the situation to ensure that children are not exposed to danger.

The police are warning that any breach of the Child Care and Protection Act or any other act in respect to children will be dealt with in accordance with the law.