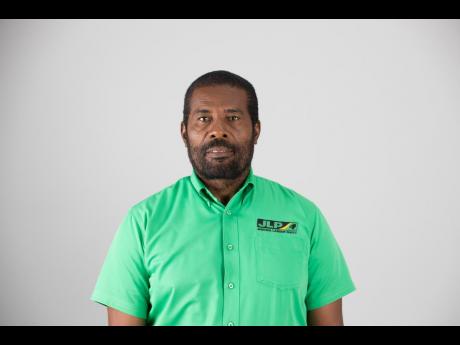 People’s National Party (PNP) councillors in the Westmoreland Municipal Corporation (WMC) have issued a call for the Integrity Commission to investigate the decision by Daniel Lawrence, member of parliament (MP) for Eastern Westmoreland, to withdraw a $6-million allocation for repairs of a section of the road network in his constituency.

The first-time Jamaica Labour Party (JLP) MP had allocated the money from his Constituency Development Fund (CDF) to carry out rehabilitation works on the road leading from Dundee to Aston in the parish, but has seemingly had a change of heart.

“I am calling on the Integrity Commission to get involved because it doesn’t smell good. It’s a sign of corruption,” said Devon Thomas, PNP councillor for the North Savanna-la-Mar division, while addressing the recent monthly meeting of the WMC. “The MP was not supposed to go back and withdraw the money because his preferred contractor did not win the bid.”

Thomas’ request for the intervention of the Integrity Commission was supported by his PNP counterpart, Councillor Cebert McFarlane, who is also displeased by the MP’s decision.

“The relationship between the CDF and the WMC will take some strain because you no longer know what the CDF is thinking because we have not received a reason why the money was withdrawn,” said McFarlane.

However, the minority leader of the JLP caucus, Councillor Rudolph Uter, sought to defend the actions of the CDF, saying the money was allotted to the MP, who has the right to decide on how it is used.

“It is the MP’s money,” said Uter, in rejecting the assertion that the process was flawed.

Dawnette Foster, JLP councillor for the Cornwall Mountain division, further argued that the MP’s action could have been sparked by his lack of confidence in the WMC, which is led by Mayor Bertel Moore.

In a subsequent interview with The Gleaner, Lawrence said he made the decision because the WMC was dragging out the matter.

“We moved on it because of a lack of activity, and it seemed as if the project was going nowhere,” said Lawrence.

According to Lawrence, the WMC was given an ultimatum by the CDF, but they only acted when they heard of his (Lawrence) plans to retake the funds.

“It is my CDF fund. As the MP, we were just using the parish council as the implementing agency,” said Lawrence. “But the inability of the WMC to effectively deliver service to the people of the parish in a timely manner left me with no other choice than to find another agency to implement the patching of the roadway.”

The MP said that the delay has caused further decay of the road surface, so a rescoping of the work is now being done.

“We want to assure our residents that the patching work will be done, but we will be using a different agency,” said Lawrence.