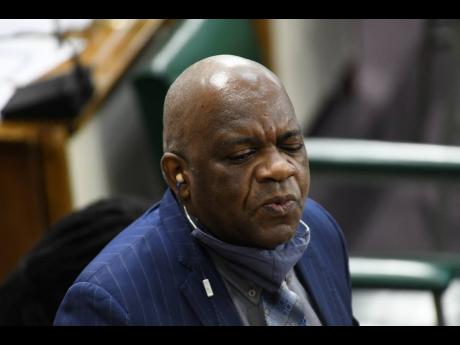 Long-awaited regulations to give effect to the Disabilities Act, 2014 received the nod from the Senate on Friday.

Labour and Social Security Minister Karl Samuda had announced that the legislation would be implemented on February 14, 2022.

An advocate for the disabled community for years, Opposition Senator Dr Floyd Morris expressed delight that the regulations had finally reached the Upper House for debate.

Morris, who is blind, told his parliamentary colleagues that he was beaming with joy to be able to debate the regulations, which came seven years after the parent law was passed.

He thanked the portfolio minister, Karl Samuda, for pursuing the matter and bringing the regulations to Parliament for debate and passage.

The opposition senator joined with his government counterpart, Kavan Gayle, who called for an incentive scheme for private-sector companies that provide employment opportunities for persons with disabilities.

Gayle said that employers who recruit and maintain as part of their labour force persons with disabilities, should be given tax breaks and other incentives.

He also suggested that HEART/NSTA Trust should establish a quota for training persons with disabilities annually.

According to Gayle, when disabled persons are employed, they are more likely to be in low-paying jobs, have little prospects to be promoted, and operate in poor working conditions.

“We must start demonstrating and providing that opportunity by encouraging the promotion of employment of persons living with disabilities, starting with the public sector,” he said.

In his presentation, Morris told his fellow senators that persons living with disabilities were among the poorest in the Jamaican society.

The opposition senator said that a study was done in 2015 of the employment status of persons living with disabilities in Jamaica. He said that 91.1 per cent of respondents said they were unemployed.

Morris said that this was similar to data from the World Health Organization that showed that between 80 per cent and 90 per cent of persons living with disabilities in the developing world were unemployed.

Opposition Senator Lambert Brown expressed disappointment with the snail’s pace of drafting regulations to give effect to the Disabilities Act, 2014.

Brown compared the speed with which the Senate amended the Company’s Act to allow companies to have annual general meetings virtually or through a hybrid process of both in-person and virtual with the delayed regulations for the disabled community.

The bill to amend the Company’s Act was passed on Friday in the Senate.

“When it comes to looking after the business class, we are in the fast lane, but when it comes to people with disability, we are like Sha’Carri [Richardson]: dead last,” Brown said.

The disabilities law, among other things, promotes the right of the disabled community to education and training, employment, healthcare, and housing.