Attorney cautions against calls for rape, other charges to be made unbailable 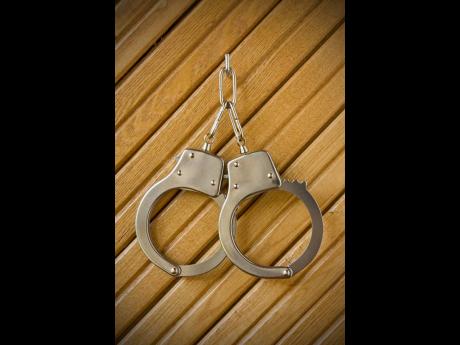 The fact that the suspect in the recent abduction of two St Thomas girls was on bail for firearm and sexual-related charges has triggered outrage in some quarters, with some Jamaicans saying that he should not have been offered bail for the...

The fact that the suspect in the recent abduction of two St Thomas girls was on bail for firearm and sexual-related charges has triggered outrage in some quarters, with some Jamaicans saying that he should not have been offered bail for the offences.

But at least one attorney believes that Jamaicans should be cautious in advocating for rape and other crimes to become unbailable offences as is the cases in jurisdictions such as India and Tanzania.

Nine-year-old Phylisa Prussia and 13-year-old Winshae Barrett were reportedly snatched from their homes in Bath, St Thomas, on October 14 and 16, respectively.

Both girls were found days later after hundreds of residents, soldiers and cops combed sections of the eastern parish along with neighbouring Portland to locate the girls and Davian Bryan. The police have not disclosed whether the traumatised girls were harmed.

Bryan was named as a suspect in both incidents, with the police revealing that he had not reported to them on the day of the first incident as per condition of his bail.

With a $200,000 reward being offered for his capture, up to late yesterday, he had not yet been located.

But as Jamaicans questioned the merit of his bail offer, albeit he was ordered to relocate from Portland, where he is before the courts, attorney-at-law Shauna-Gay Mitchell told The Sunday Gleaner that calling for unbailable offences could take Jamaicans down a slippery slope.

Jamaica’s Bail Act notes that “... every person who is charged with an offence shall be entitled to be granted bail by a court, a justice of the peace or a police officer, as the case may require ... . A person charged with murder, treason or treason felony, may be granted bail only by a resident magistrate or judge”.

“Remember, it’s innocent until proven guilty. So granting bail or denying bail is not supposed to be based on allegations of whether you are guilty or not, because you cannot decide on guilt or innocence until after a trial,” Mitchell told The Sunday Gleaner. “When the judges are considering bail, they are considering the likelihood of you returning for a trial.”

“So in most of the cases in which the judges deny bail, it is really that the judge thinks you are a flight risk, and that you won’t return to trial because the aim is always for you to have a trial,” she said, although acknowledging the challenges of the judicial system, including lengthy delays and threats to victims, which she said could complicate the process and turning away victims in some matters, including sexual offences.

Mitchell believes that making the country’s sex offender registry public is one way in which the State can help citizens be more aware of possible dangerous persons in their surroundings, although Bryan would not have been flagged as his matter is yet to be tried.

Numerous civil society groups have also been calling for the Government to open access to the registry.

“I would support the sexual offender registry being made public because what it would do is put people on alert that a sexual offender is in their midst. Because sometimes you can meet somebody and you don’t know what their past is,” the attorney said. “So I think it will better enable persons to protect their children from certain persons.

“That is how a lot of sexual predators move. It is like a pattern; they don’t just rape one person. They will commit an offence here and then move overseas or to another parish, or another area where they are new. Nobody knows about their past. But if we can make checks, then those things can help persons to protect themselves,” she continued, pouring cold water on arguments about such disclosure blighting ex-convicts’ futures.

“I think we have to weigh the pros and the cons. Everyone has rights, but if you commit a certain offence, then, in a way, you have given up some of your rights. It is also important to protect society, women and young children, whoever that might fall victim to this person,” said Mitchell, who has defended men accused of rape all across the island in her eight-year career.

Data obtained by The Sunday Gleaner through an access to information request in August showed 331 people on the sexual offenders list, which reflects a 100 per cent increase when compared to 168 in February 2018.

Since the start of the year, more than 25 convicted sex offenders have been added to the list, which is managed by the Department of Correctional Services (DCS) and which specialists believe does not give the true picture of Jamaica’s sex offence ills.

The sex offender registry was established through the Sex Offences Act enacted in 2009. Persons convicted of incest, rape, marital rape, sexual touching or interference, sexual grooming of a child, among others, according to the legislation, unless exempted by a judge should be registered as a sex offender after their conviction has been recorded in court.