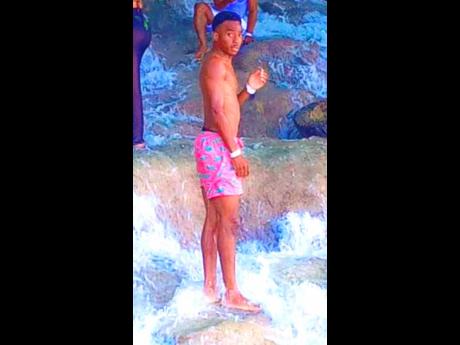 Ainsworth Morris
Soniel McEachron, 25-year-old Portmore resident who was found dead at his home. The family says he was battling mental health issues and suspect that he committed suicide. 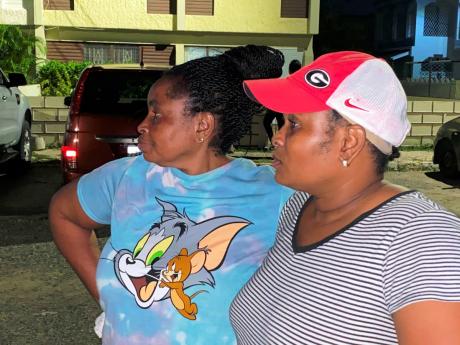 Ainsworth Morris
Soniel McEachron's aunts, Sandra Swaby (left) and Nadine Swaby, watch as the police conduct investigations at the house of their nephew, Soniel McEachron, who was found hanging inside.
1
2

When a turkey vulture (popular referred to as John Crow in Jamaica) began flying over Soniel McEachron’s house at Block G in Garveymeade, Portmore, last Tuesday evening, his aunt, Sandra Swaby, knew there was something wrong and she feared that her nephew may not be alive.

“I went on the road today to do some business, knowing that I never saw him for some days, and my brother said to me, ‘Why John Crow is on the house top over by Soniel? When last you see Soniel?’ So mi seh mi see Soniel the other night going into the house. I have a key, so I said I am going to check,” Swaby told The Gleaner.

While walking to the house around 4:30 p.m. last Tuesday, she became fearful of what she would see.

“When I went, I didn’t open the door or the grill. I went to the side [of the house], and when I went to the side, I smelled this funny scent, and then I went to the back. The window to the kitchen was cracked and I went near to it. There were a lot of flies flying out on rapid and mi seh, ‘No! Jesus! This nuh right!’ and the John Crow came back,” Swaby said.

Now, they are in grief and they believe that their efforts were done in vain.

She then walked to the house of her niece, who is a nurse, and asked her to accompany her back to McEachron’s house.

“We pulled the grill, but we could not pull the door, like him lock himself inside, so she decided to pull down one of the windows and look in ... and same time she bawl out, ‘Him hang himself,’” Swaby recalled.

Swaby’s niece told her that he was hanging with a sheet near to the staircase. Following this, they called the police.

After the police processed the scene for some hours, undertakers removed McEachron’s body at 9:35 p.m.

Swaby and other community members recalled seeing the 25-year-old man on Friday evening, when he arrived home and wanted to be by himself, which he often did.

According to Sandra and her sister, Nadine Swaby, their unemployed nephew suffered from a mental illness for years and they, along with other community members, knew of his condition and consistently reached out to him.

McEachron migrated from Jamaica to England with his mother at age six, and returned to Jamaica in 2017.

“He had a mental issue from he came back ... My niece’s babyfather saw him on Thursday, and he and someone was tussling up and he said to him ‘Look here, you need fi hear weh di man a seh and easy yuself’, and he was carrying on,” Swaby told The Gleaner.

She continued, “And him a seh, ‘Mi tired a it, man! Tired a it! Mi can’t deal with it no more! Mi tired a it!’ We don’t know if it’s from that, he thought of committing what he did, that act.”

Nadine Swaby told The Gleaner that she remembers McEachron being very excited on his last birthday, which was celebrated on September 23, then things taking a turn with a change in his attitude in recent days.

“He was excited for the birthday. He was bragging, ‘I am 25 now,’ and we said, ‘Yaa big man now. Yaa 25, so yuh find big-man things.’ Fi that day, him alright, but afterwards, every now and then him have some little issues, like nobody can’t talk to him; like have him own way; and him expect everybody to go along with him behaviour weh him have, and when we talk to him harsh, him get upset and speed off, but tomorrow him come back again,” Nadine said.

She added, “He was not the type of person to malice wid wi, even though we tell him the truth. Him will just go home and come back again with the same ol’, same ol’. We nuh know him as no troublesome, but him is just like a person weh like have him own way, and when we nuh agree wid him, him get upset. Sometime him have him ways when him disrespectful, but we kinda realise seh something must have been wrong with him head and we just nuh pay it nuh mind.”