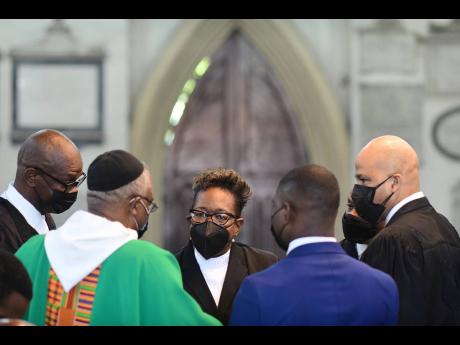 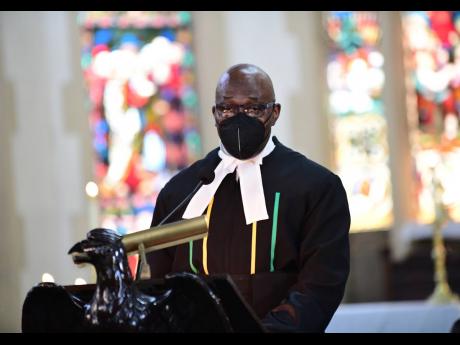 Director of Public Prosecutions Paula Llewellyn, has praised the passage of legislation that gives the prosecution the right to appeal in limited circumstances. Highlighting that Jamaica is one of the last Commonwealth jurisdictions to adopt this measure, Llewellyn expressed the view that these bills should have been introduced years ago.

“Over the last 15 years, prior to even my tenure, I know, for previous DPPs, that has been a critical concern of theirs. I just give thanks that, in my lifetime and in my tenure in the DPP’s office, that my back has been broad enough to continue the advocacy, and it seems that the advocacy will indeed bear fruit on this occasion,” she said.

Llewellyn expressed these views in an interview held after the annual church service to mark the opening session of the Michaelmas Term of the Home Circuit Court which was held at the St Andrew Parish Church on Sunday.

Chief Justice Bryan Sykes, during his remarks, argued that giving the prosecution the right to appeal is a question of “fundamental justice”, as this right allows for victims to achieve justice as this is primarily done through the prosecution. He said, “A judicial ruling that results in an error is an injustice, in the same way that a judicial error that results in a wrongful conviction is an injustice.”

Sykes also added that the right to appeal allows for new evidence to be admitted which may arise as technologies advance.

For instance, Leader of Opposition Business in the Senate, Peter Bunting, argued that there was no evidence to suggest that “it is our judges who are the root cause for these low rates of conviction”. In fact, he cited the low conviction rates of criminals in courts like the Supreme Court as a major hindrance to addressing Jamaica’s ongoing crime problem.

However, Llewellyn rejected this narrative as she stated, “Let me make it quite clear. The right of appeal for the prosecution doesn’t have anything to do with what is going to happen with the prosecution down below. It has to do with an issue where there is judicial error.”

Llewellyn also sought to address concerns that the prosecution may seek to abuse their right to appeal. She said, “If you look at other jurisdictions, this is a right which is not used often. We know that the burden is on the prosecution to act on an even higher ethical standard than defence counsel.

Citing her Belizean counterpart, Llewellyn revealed that, in that territory, the right to appeal is only exercised when the prosecution is absolutely assured that they are correct in their submissions.

Given that the Court of Appeal can squash a conviction and order a retrial, Lewellyn believes that the right of appeal provides balance in the judicial system. She also added that this would improve the administration of justice as the prosecution would now be able to appeal sentences that may “shock the public’s conscience”.

Minister of Justice Delroy Chuck has also expressed his support for the bills as he chided the Opposition for playing politics, given that the legislation was first crafted during their previous stint in office.

During his remarks at the service, Chuck shared that, when he assumed office in 2016 as minister of justice and as chairman of the legislative committee, this was the first piece of legislation that was brought to him.

“In the Lower House, they supported it. So I do not understand how in the Upper House they are not supporting it. This legislation was initiated by their last administration,” he told The Gleaner in a subsequent interview on Sunday.

While not immediately supportive of the bills, Chuck explained that the legislation has been modified over the years to become what he describes as “one of the most limited rights of appeal” across the Commonwealth.