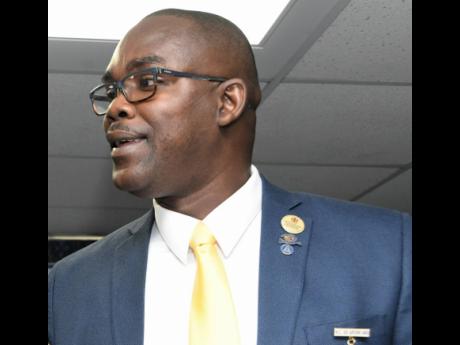 While teachers have been said to have numbered among the membership of the controversial Pathways International Kingdom Restoration Ministries in Montego Bay, St James, the island’s largest public sector union for educators is not expecting any major fallout.

The church last week came to national attention after a bloody ritual which ended in three persons dead. Two people – 39-year-old Taneka Gardner and 38-year-old Michael Scott Brown – were said to be have been killed during the service, while 18-year-old Kevon Plummer was reportedly shot as police stormed the building to bring an end to the proceedings last week Sunday night.

Yesterday, the pastor of the church, Kevin O. Smith, died in a motor vehicle accident.

“I don’t anticipate any negative repercussions on the part of colleagues regarding this activity. I am sure when it comes to religious rights, the individual has the freedom of religious affiliation, and as far as we know, they may have operated in the ambit of the law,” the Jamaica Teachers’ Association (JTA) president, Winston Smith, said regarding the teachers.

“We may not necessarily subscribe to – or practise – some of the things that they may believe, but it’s within their religious rights,” Smith told The Gleaner.

The JTA president said that up to last Friday, there were no reports made to him or the secretariat about any teacher being a member of the church.

However, our news team has learnt that a number of teachers, members of the business community and personnel from both the police and the military were members of the 114 Albion Road church in Paradise.

Smith (no relation to pastor) said that he was expecting students to maintain a high level of respect for all teachers, including those rumoured to be among the Pathways flock.

“I am anticipating that the teachers will display a high level of professionalism and proper decorum in their interactions with parents and students to mitigate any long-lasting or negative impact down the road,” he added.

Smith said that the JTA has no interest in occult matters, but there are concerns about the welfare of 14 children found at the location by cops in the bloody aftermath.

“That, for us, is a concern because we are mindful of the impact that witnessing such activity would have on the psychology of the children growing up and the impact it will have on them for future growth and development,” he said.

The children have been reported safe and were placed in state care.