Falmouth’s mayor at odds with the business community 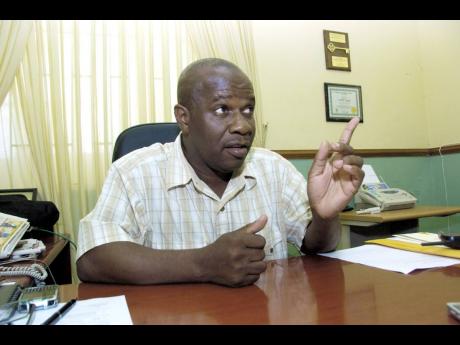 While cognisant of health and safety considerations, Falmouth’s Mayor Collin Gager says there will be no displacement of vendors from the streets of the Trelawny parish capital, at the behest of the business community, to facilitate a return of cruise shipping.

Falmouth, arguably the hub of the nation’s cruise shipping, has not welcomed a single cruise vessel since the onset of the COVID-19 pandemic in Jamaica. It was recently announced that like Ocho Rios, which has been welcoming back cruise visitors for over a month, Falmouth was poised to start getting back visitors this month.

While noting that the aesthetics of the parish will be ready and the people are basically ready and waiting, he was wary of putting street vendors out of business, which it would appear that some members of the business community want to see.

Gager’s comments come on the heels of a letter from the Trelawny Chamber of Commerce and Industry inviting him to join him on a tour of sections of the town, which they considered unsightly and not up to a standard they would want to expose visitors to.

“Your Worship, members of our chamber of commerce and industry continue to be disheartened by the degradation we see taking place in the town, and wish to work with the Trelawny Municipality in any way possible to restore order,” the letter from the chamber stated.

“Particularly in respect to the re-emergence of uncontrolled street vending….,” the letter added, among other areas of concern.

PROBLEMS WITH THE BUSINESS COMMUNITY

However, in an interview with The Gleaner on Wednesday, Gager said most of the problems the municipality is facing in Falmouth have to do with the behaviour and practices of some members of the business community, which he is clearly not happy with.

As it related to the tour, which is slated for today, he said he will not be a part of it because he has already committed himself to another engagement. He said that information has been conveyed to the chamber.

“I don’t want to be forced by anyone to take an arrogant stand,” said Gager. “I can’t do the high-handed things… the store owners, too, must do their part. Soon it will be action time but I don’t want the action time to be driven by anybody.”

“Don’t force my hand to be aggressive with people,” continued Gager. “I can’t do aggressive behaviour. I must do it with conscience and have a dialogue. I don’t want to go on a tour, I want work to be done.”

According to Gager, who is renowned for speaking his mind, some of the store owners are not disposing of the garbage properly and he intends to ask the National Solid Waste Management Authority to visit them so that the proper steps can be taken in collecting solid waste.

Italian liner Costa, a subsidiary of Carnival Corporation, is expected to make a much-anticipated call on Falmouth on November 8, ending the town’s 18-month cruise shipping drought.

While the aesthetics of Falmouth is a constant concern to Gager, indications are that the sudden interest of the business community is driven solely by the expected return of cruise shipping.

“Falmouth will be more than ready. Last night (Tuesday) we carried out an operation to get the place back in order,” said Gager. “In fact, we had a big operation that took away some of the unsightly things and we will continue to do some real deep cleaning this weekend.”