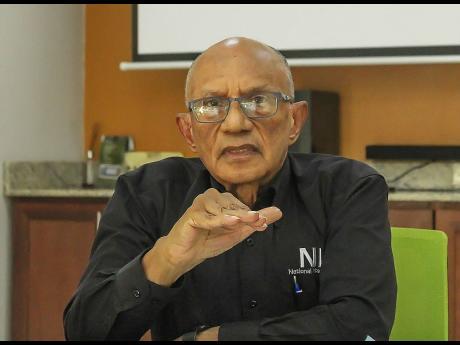 Munroe is contending that if the House Speaker’s ruling and Montague’s position on answering questions about the controversial investment by the Airports Authority of Jamaica are to stand, a most dangerous precedent would be set. - File photo.

Anti-corruption lobby group National Integrity Action (NIA) is calling for Speaker of the House of Representatives Marisa Dalrymple Philibert to reverse her ruling that bars Transport Minister Robert Montague from answering Opposition questions on the $450-million investment scandal at the Airports Authority of Jamaica (AAJ) Group.

Montague has been flogged by the Integrity Commission for stating in Parliament last week Tuesday that he was unable to answer questions as the anti-corruption agency was probing the questionable investment in First Rock Capital Holdings.

While it did not confirm or deny any probe, the commission raised questions on whether Montague had told the Parliament the truth.

The Government has been under pressure to address the scandal that Prime Minister Andrew Holness has admitted raises issues of “grave concern” following confirmation that the AAJ Group broke the law in pumping $450 million into the St Lucia-registered private equity start-up company.

NIA principal director Professor Trevor Munroe is asserting that the refusal to answer questions runs counter to Jamaica's Constitution which obliges Parliament to hold Ministers to account for how taxpayers' money is spent.

Munroe is further charging that this violates the 2002 Code of Conduct for Minister's which requires Ministers to be open with Parliament and the public except where providing information would not be in the public interest.

He is contending that if the Speaker's ruling and Montague's position are to stand, a most dangerous precedent would be set.

According to him, such a situation would further undermine good governance.