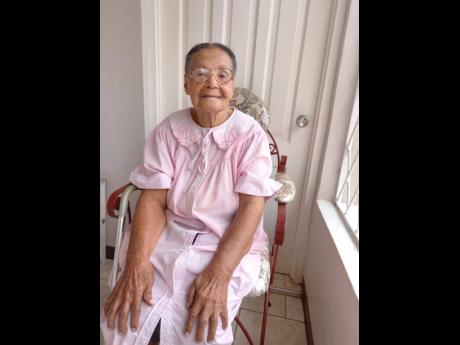 Tamara Bailey
Ida Holness-Melbourne is happy to be 104 years old and living in Manchester. 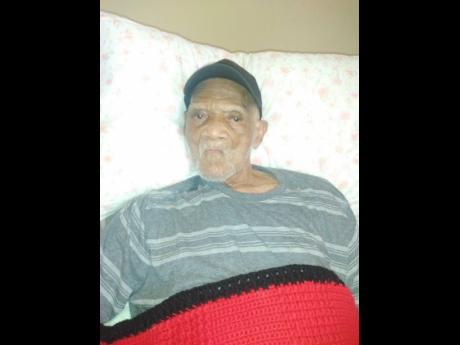 NOT ONLY is Manchester known for its salubrious climate and as the parish ideal for retirees, but it now boasts the highest number of individuals who have lived beyond 100 years old.

With 25 centenarians listed on a release from the National Council for Senior Citizens, the parish, according to the long livers, remains the ideal place to live a stress-free life, and even has more than the stated number of centenarians listed.

Ida Holness-Melbourne, a 104-year-old from Top Greenvale in the parish, whose name was not listed, said there is no parish that she loves as much as Manchester, though there are a few that come in a close second.

“I was born in Huntley, Manchester, and then I left and went to Mandeville. I then left to England, then Canada, then New York (US), and after a while I went to Florida (US), and decided to come back to Jamaica; and I have been living in Greenvale ever since.”

Describing her youthful days as active and filled with meaningful work, Holness-Melbourne attributes her attentiveness to being well read and surrounded by nature.

“I love everything about this parish because I love nature, the scenes, and I love going to my home church. My parents grew me well here, and it’s the same way I tried to grow my children ... . I have three, but two died,” she said.

Much like Holness-Melbourne, 102-year-old Adolphus Nembhard from Hanbury district in the parish, said the parish granted him the privilege of living a life he would could not have had in the city.

Having worked as a painter and farmer to sustain his 12 children (two deceased), Nembhard believes his long life is as a result of the organic foods he consumes and his strong Christian values.

“I worked very hard. I worked the ground, and from it I ate Potato, yam, pumpkin, cho-cho, okra and beetroot. I only eat chicken now and again. I only have a shoulder pain, but I have no serious illnesses. Manchester has treated me very well, and I love where I am now”

According to his eldest daughter, Pauline Nembhard-Dwyer, and eldest granddaughter, Judith Marshall, Nembhard is the oldest living member of the Mandeville Seventh-day Adventist Church. He also allowed his property to be used for the tent meeting that started the church decades ago.

In corroboration with scientific research that suggests a strong correlation with long life and healthy lifestyle practices, Nurse Lyn Kennedy-McKenzie of Ken’s Health Care, who cares for the elderly and had first-hand experience with caring for a centenarian, revealed that a healthy lifestyle will not only help people to live longer, but have a higher quality of life.

Kennedy-McKenzie, who cared for her father, who lived to 104 years old before passing in 2019, told The Gleaner that his diet was heavily plant-based, and his life had a balance of physical, intellectual, mental and spiritual nourishment.

“These centenarians are people who live in nature, with nature. They were active, they ate organic foods, and they supported each other, as they had similar woes and used creative ways to get through. My father, months before his death, would still be able to get on a taxi and go into Mandeville. He would be up in the morning and dressed for the day; and his bed was made and his bathroom was tidy. He would go to the study and read, and then get ready for family worship. He would go out for his walk and then return and have breakfast ... .”

She added: “His nutrition was strong. He had his fruit and vegetable smoothies made from what we planted, and the only sugar he had was a little honey from our own beekeeping and honey business. You couldn’t give him a main meal without a salad, and I am convinced that is what kept him alert. It is important that we eat the foods that supply the micronutrients the body needs. If we are eating the wrong things for [a] bellyfull , later, dementia and ill-health will take us out.”

Through an initiative that began in 2019, the custos of the parish, Garfield Green, said he has been able to honour centenarians across the parish with a message from the governor general and personalised cards from the Queen.

Despite a pause as a result of the pandemic, he said this is an initiative he hopes to continue.

“For someone to become a centenarian, it is a significant milestone worthy of being celebrated … . Manchester is retirement parish and, more importantly, a farming parish, and I really believe that the activity and what they eat keep these people alive.”