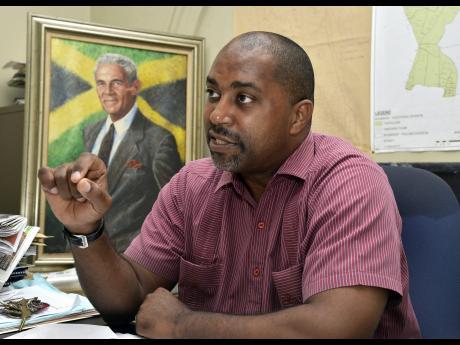 Robinson argued that the increase in interest rates will be passed on by financial institutions to their customers and this will result in further increases in loan repayment and mortgage costs. - File photo.

Opposition Spokesperson on Finance Julian Robinson says the continued hiking of interest rates by the Bank of Jamaica is placing untold pressure on the economy amid skyrocketing cost of living.

Robinson says the opposition holds the position that raising interest rates will not have the desired impact of reducing inflation.

He was responding to the decision of the BOJ on Tuesday to raise interest rates again by 50 basis points, moving it from 1.5 per cent to 2.0 per cent.

"The inflation being experienced in Jamaica and in many parts of the world is driven primarily by international supply chain constraints. Increasing domestic interest rates will have no impact on this," Robinson said in a statement today.

He noted that the increase in interest rates will be passed on by financial institutions to their customers and this will result in further increases in loan repayment and mortgage costs.

“This will be a devastating blow for manufacturers and producers, who are already reeling from the increased costs of imported raw materials and force them to increase the prices of their goods and services to the consumer. This is all bad news for an economy that is struggling to return to pre-pandemic levels,” he added.