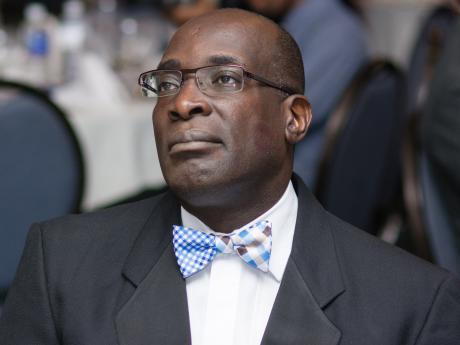 Reid, who is before the court on corruption charges, has already exhausted two years of special leave with full salary and emoluments amounting to more than $11 million. - File photo.

The Board of Jamaica College says its recommendation for the extension of the special leave of principal Ruel Reid was not approved by the Education Ministry.

The board says negotiations are continuing.

The board had recommended a five-year extension.

Its expiration would coincide with Reid's retirement in 2026.

Reid, who is before the court on corruption charges, has already exhausted two years of special leave with full salary and emoluments amounting to more than $11 million beginning from November 21, 2019, to the present.

Prior to the two years' special leave with full pay and benefits, Reid had exhausted earned vacation leave for the period March 25, 2019, to November 2019.

However, over the similar period, the ministry had also paid acting principal Wayne Robinson a little more than $11 million.

Robinson has been acting in the position of principal since 2016 when Reid was seconded from his job as an educator to take up the appointment of Minister of Education.

He resigned in March 2019 amid an emerging Caribbean Maritime University (CMU) scandal.

1. Over the past few days, the Board of Management of Jamaica College has been working to conclude arrangements for dealing with the active role of principal of Jamaica College, having regard to the fact that the current special leave of Mr. Ruel Reid expires on Saturday, November 20, 2021.

2. The discussions are at an advanced stage and, as would be expected, are of a confidential nature. The Board fully expects them to be successfully concluded shortly at which time a further update will be given.

3. To clarify several misconceptions and misunderstandings in the public domain please note further that:-

a. The priority of the Board is to maintain the current stability and status quo at the school and the Board, therefore, once again, recommended that the special leave of Mr Reid be extended to facilitate the continued proper governance of the school. This, however, required the approval of the Ministry of Education, and such approval was not granted.
b. Since 2016 when he ceased active duty as principal of Jamaica College, the school has paid no salary or other emoluments to Mr. Reid.
c. JC is aware of the fact that criminal charges have been laid against Mr Reid but has no evidence that can support a disciplinary hearing which could lead to his termination. This despite assiduous attempts to secure such evidence.
d. There is no “upheaval” or “protest” at Jamaica College and there have been no resignations at the Board in relation to this matter. We can confirm that two executive members of the Jamaica College Old Boys Association, who are also executives of the PTA, have resigned from both bodies. There have been no “mass” resignations as reported.

4. The great venerable institution known as Jamaica College continues its journey of excellence with several notable achievements under the last five years under the
outstanding stewardship of the current Acting Principal Wayne Robinson. Just a few of these are listed below:-

a. Students passing at least five subjects including Maths and English have increased from 58% to 85% CSEC over the period;
b. CXC performance has significantly improved. This includes a 77% increase in the number of subjects in which more than 90% of the boys sitting have passed, moving from 9 of the 24 subjects to 16 of the 24 subjects today.
c. In 2019 12 boys achieved top ten regional and national placements in CXC

And much, much more

This is our focus, this is why we are not distracted by the noise, and we call on all Jamaica and JC stakeholders to join us as we continue to march forward in excellence, for the betterment of our boys and the wider community.