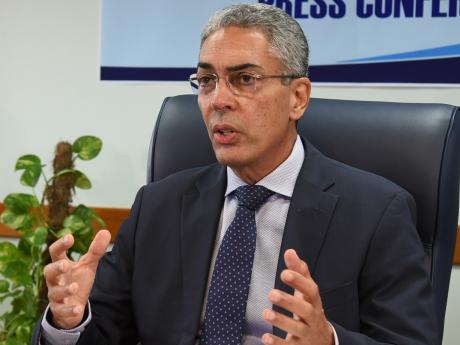 The Bank of Jamaica (BOJ) says there is adequate supply of foreign exchange to meet market demand, as flows continue to be healthy.

Governor, Richard Byles, has reported that up to November 17, daily purchases by authorised dealers and cambios averaged approximately US$36 million, which was higher than the US$31 million recorded for the corresponding period last year.

“At the same time, daily sales to end-users over the same period averaged close to US$35 million, above the US$27 million recorded a year earlier. Businesses and individuals in Jamaica, who require foreign exchange have been able to access it,” he noted.

He said that the BOJ continues to intervene in the foreign exchange market when temporary shortfalls are identified.

He advised that total BOJ Foreign Exchange Intervention & Trading Tool (B-FXITT) flash sale operations and direct sales to the energy sector for the calendar year, to October 31, totalled US$675.4 million.

This, he said, represented a 6.1 per cent depreciation, noting that this is broadly similar to the corresponding period last year.

Byles said that the rate, at existing currency levels, is “fairly valued”, with the prospects for a stable market being “good”.